MEK applied for logistical equipments and facilities and Oil 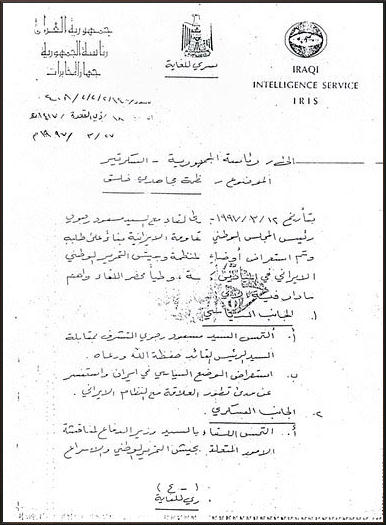 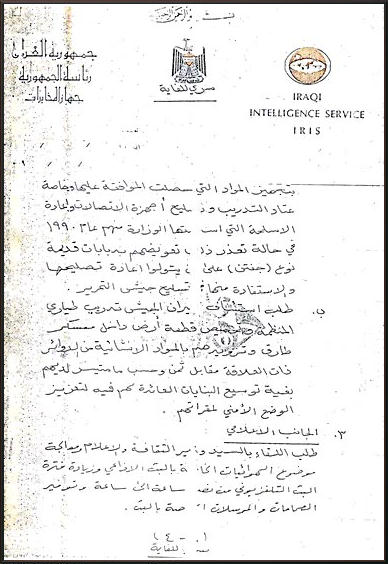 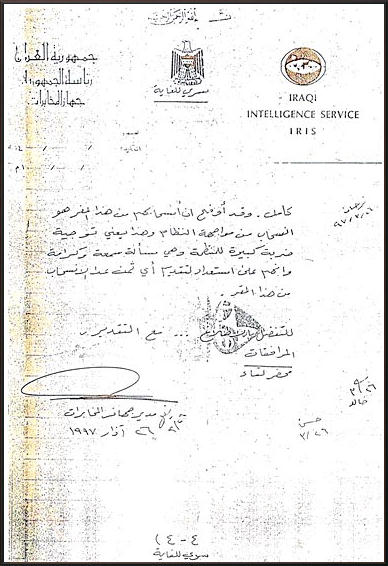 Translated version of the document

On 1997/3/2 a meeting was held with Masud Rajavi the chief of National Council of Resistance of Iran, on his own request. He described the situation of the organization and National Liberation Army on the scene. Below, the protocol and important items presented in the meeting are provided:

B) Explaining political condition of Iran and asking about the dimension of progress of relations with Iranian regime.

A) Request to meet Defense Minister in order to negotiate on the issue of NLA and acceleration of providing the equipments on which the two sides have agreed, especially training equipments and repair of telecommunication systems, the return of weapons that Defense Ministry have seized in 1990. In case of any problem NLA could be given rebuilded and repaired tanks which are useful to get armed.

B) Request for training the air force of the organization, allocation of a piece of land to them and providing basic equipments for the money they owned in order to extend their buildings reinforcing the protection of their headquarter.

Request for a meeting with Culture and Publicity Minister in order to discuss the issue of special satellite and antenna to broadcast radio programs and increasing the time for T.V program from half an hour to one hour, providing two reporters in order to manage the program.

Describing the problems facing the organization financially, they suggest the allocation of 50,000 its 100,000 tones crude oil gratuitously in order to export through merchants and the import of Iranian carpet through their supporters in Iran.

The organization declares its preparation to arrange any especial operation against security and military aims in frontier provinces of Iran.

6- Headquarters of the Organization

Considering the phone contact by the manager of presidential office about the location of their current headquarter, through which he suggested a new headquarter  since the current one is placed in Andelis region of Baqdad, a business area, which is difficult to be protected perfectly, They express that their transfer from this headquarter to another one is considered as military attitude, which is a heavy and great stroke for the organization. The issue endangers their credit and honor .they express that they are ready to pay any expense except leaving this headquarter.