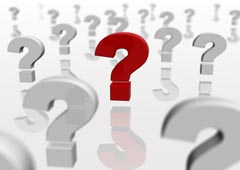 Recently, during their monthly meeting, the 27 foreign ministers of EU decided to remove Mujahedin Khalq Organization from the list of terrorist groups. It is the first time that the EU derives a group from its terror list and allows the cult to develop its terror activities in Europe, increasing tensions between EU and Iran. Iran, according to the head of National Security Committee of Parliament, Alaeddin Boroujerdi, has already warned that this “mistake” will result in retaliation. “In this case, there is no reason that Iran continues to spend tens of billions in economic activity and trade with the EU” he said. The Iranian parliament has passed a law permitting the government and judiciary to seek all those MEK members who have committed crimes to be tried.

Founded originally to fight the Shah of Iran, MEK was an organization with a mixed ideology of both Marxism and Islam. It was military organized and turned into a cult. It was first sided with Islamic Revolution in 1979 but then went into hiding in Iraq to fight against IRI. MKO organized attacks in Iran, of which the most famous is the one that cost lives of Minister of Justice Ayatollah Mohammad Beheshti and 71 of other Iranian officials,in 1981. Mujahedin helped Saddam Hussein during the Iran-Iraq war (1980-1988) launched by Saddam Hussein with the support of Western countries and also participated in the massacre of thousands of Iraqi civilians during Operation Morvarid against Kurds of Iraq.

The armed wing of the cult found refuge in Iraq, while some of its members took refuge in Europe including France where they are headed by Maryam Rajavi as both the guru and chief agitator. Some NGOs on human rights defense like HRW accused the cult of torture against its dissident members and also of submitting them to long-term solitary confinement.

On June 15, 2004, in a room of seventh reunion of Paris, the four former members of Mujahedin Khalq addressed the press:

Hadi Shams Haeri, ex-member of central committee, left the organization in 1991.
Ali Akbar Rastgou; charged by MKO to gain the support of influential politicians in Germany.
Mohammad Sobhani who resigned in 1997 was MKO’s security official. He was imprisoned for over two years when he announced his intension to leave the group.
Massoud Khodabande, security official close to Maryam and Massoud Rajavi, benefited a trip to Europe to escape from the cult in 1995.

For two hours, recounting their experiences, they immersed the audience in horror. They described the detention torture and inhuman treatments toward those dissident members who wanted to resign, a universe dominated by a dictatorial couple, the Rajavis. They discussed the forced recruitment of Iranian war prisoners that were then sent to fight against their own country. They explained how Massoud Rajavi had broken the families of Mujahedin, forcing the couples to divorce, sending their children thousands of miles away to adaptive families.

They also accused their former comrades of carrying out terrorist acts in the strictest scene of term by launching indiscriminate attacks in which civilians were the victims.
Massoud Khodabande who is currently working as an analyst at French Center for Terrorism Studies and is also advisor to Iraqi government, described MEK as a cult based on its leaders’ personality and obsessed by celibacy. “I have witnessed forced divorces within cries and tears.

I witnessed how 150 children under 7 years old – the youngest was only two months – were separated from their mothers and sent to other countries because the leader of MKO has said that “ (children) disrupt my relationship with you”.

Other testimonies were made by Mustafa Muhammadi, father of a girl with dual Canadian – Iranian nationality. He tried, unsuccessfully, to contact his daughter who disappeared after an offer to stay two months at Camp Ashraf, proposed by one of the recruiters. He explained how the cult forced families of recruits to attend the demonstrations in European countries, threatening them to kill their dear ones. MKO, which has neither root nor public support in Iran, recruits young Iranian teenagers living in exile, often a little flustered, to indoctrinate them and then force them to join the cult.

You can ask yourself whether the decision made in Brussels is really going in the direction of its so-called commitment to fight for human rights and combat terrorism. It seems that there are double standards in EU policies. Hamas, democratically elected by the majority of Palestinians in 2006 legislative election which was recognized as free; still remains on the list and continues to be accused of “terrorism”.

This delisting will allow the cult to raise money in Europe but also to recover the 9 $ million of the frozen assets in France while it also has several tens of millions of frozen assets in other European Countries. The MEK is still considered as a terrorist organization in the US although some of its supporters have worked with the CIA and Mossad in filtration operations and attacks in Iran. It is this organization that in 2002 made some revelations on Iranian nuclear program from the information transmitted to them by the Mossad.
Currently, there are about 3000 members of the cult based at Camp Ashraf in Iraq under the leadership of Massoud Rajavi guru. The responsibility of the Camp which was previously under US occupation troops – Washington had given its members the status of “protected Persons” under the Geneva Convention –transferred to Iraqi government last month.

The Iraqi authorities has clearly declared that the group was “not wanted” on their territory. About 1000 of them had previously lived in Europe where some of their family members live.

According to some sources, Sarkozi has volunteered to airlift members of MKO to get them in France. Israel has also offered to recruit members of MKO to use their intelligence.
The treasury of the state is empty. Until when the taxpayers’ money should be used to transport members of a violent cult that violates the most basic human rights, and to grant them political asylum?