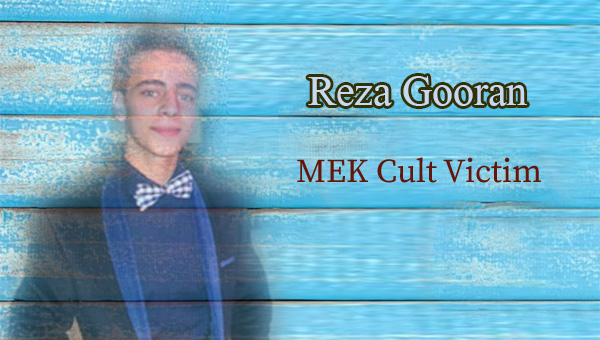 The MEK and Children – Reza Gooran

In September 2002, Reza was five years old when his mother Farokh Farhangian took him across the Kurdistan border to join the Mujahedin Khalq (MKO/ MEK/ PMOI/ Cult of Rajavi) in Iraq.

At the time, there was almost no child in the group’s Camp Ashraf, except the child soldiers who have been smuggled from Europe to Iraq in their teen age. The child soldiers of Mujahed parents had been sent to Europe and North America under the order of Massoud Rajavi who did not want any family relationships in his cult of personality. 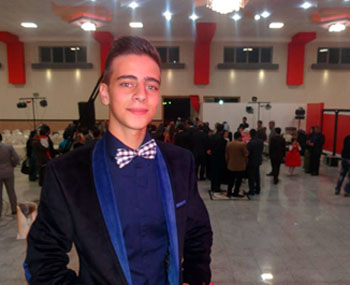 The very young Reza Gooran was considered as an obstacle against his mother’s activities in the cult. Therefore, the leaders of the MEK decided to smuggle Reza back to Iran. They separated him from his mother just like what they did in 1991 when they separated 700 MEK children from their parents in Camp Ashraf.
Eventually, In the summer of 2003, Reza was handed over to human smugglers who left him at the door of his grandmother in Kurdistan, Iran. Since then, Reza was grown by his father and his grandmother. Nevertheless, his father died when Reza was twelve years old.

Farokh Farhangian, Reza’s mother is still in the MEK. She was relocated in Albania in 2016. She is residing in Camp Ashraf 3, in Manza village, north of Tirana. She has not contacted her son for over 18 years. Reza and his grandmother’s efforts in order to contact Farokh have been unsuccessful.

However, life goes on for Reza. He got married last year. His mother was not informed about Reza’s wedding. She was not able to accompany her son on the memorable night of his life.
Reza is still hopeful that he will see his mother again someday.