International Committee of the Red Cross

Camp Ashraf, 80 km north-east of Baghdad, is home to over 3,000 Iranian nationals who belong to the People’s Mujaheddin Organization of Iran. In recent months, the Iraqi authorities have repeatedly said that they intend to close the camp at the end of 2011. Beat Schweizer, head of the ICRC delegation in Iraq, explains the ICRC’s role and response.

The Iraqi authorities have said they will close the camp at the end of 2011. What is the ICRC’s

respect for these people’s fundamental rights, just as they would for anyone else on Iraqi territory. Furthermore, the Iraqi authorities must ensure that the residents of Camp Ashraf have access to such basic services as food, water and medical care, under all circumstances.

I must emphasize that the ICRC is not part of any mechanism to close down the camp or transfer its residents, and we are not going to be.

What will the ICRC do if force is used to transfer Camp Ashraf’s residents?

The ICRC will continue to call on all concerned to exercise restraint and to comply with applicable law. One legal requirement is that any use of force be in accordance with internationally-recognised principles governing law-enforcement operations. And respect for human dignity must be maintained whatever happens.

What will the ICRC do if residents are arrested?

The ICRC is prepared to visit anyone from Camp Ashraf whom the Iraqi authorities may detain. We would assess their conditions of detention and treatment, and would help them restore contact with their relatives, through Red Cross messages for instance. The ICRC is already making regular visits to detainees in Iraq, and we would assist any detained persons from Ashraf Camp in the same way.

What is the ICRC doing for residents of Camp Ashraf who are seeking asylum and want to be resettled in a third country?

The ICRC is prepared to continue helping repatriate residents of Camp Ashraf to Iran at the request of the people concerned, with their full consent, and in agreement with both the Iraqi and the Iranian authorities. If residents of the camp want to seek asylum or resettlement in a third country, the ICRC will refer them to UNHCR. We may offer direct help in certain cases, for instance by issuing travel documents once the authorities of a particular country have agreed to take a person. The ICRC can also facilitate contact with relatives abroad.

What was the ICRC’s response to last April’s clashes between Iraqi forces and residents of the camp?

The ICRC maintained constant dialogue with the Iraqi authorities, in an effort to ensure that the use of force by law-enforcement personnel conformed to the standards that govern law-enforcement operations. We also dispatched kits of dressing material to Baquba Hospital, where casualties obtained treatment, and visited six residents arrested by the Iraqi authorities during the clashes.

What is the current situation in Camp Ashraf?

The ICRC has not made any visits to Camp Ashraf recently. The situation there is being monitored by the United Nations Assistance Mission for Iraq.

The ICRC remains committed to providing independent, humanitarian assistance to the residents and their families. While we have no precise figures, the population of the camp is estimated at over 3,200.

Violent clashes in Camp Ahsraf, 60 km north-east of Baghdad, recently left a number of people dead or injured. Over 3,000 Iranian nationals belonging to the People’s Mujaheddin Organization of Iran (PMOI) live in the camp. Magne Barth, head of the ICRC delegation in Iraq, explains the ICRC’s role and response. 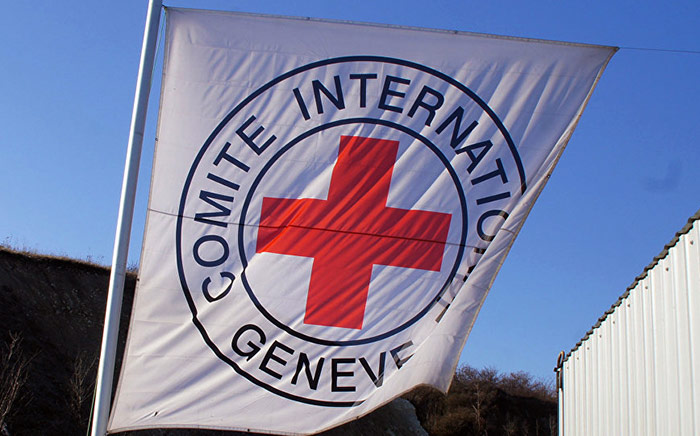 What happened during the clashes at Camp Ashraf? What is the current situation?

Clashes on 8 April between Iraqi forces and Iranian nationals belonging to the People’s Mujaheddin Organization of Iran (PMOI) living in Camp Ashraf resulted in a number of deaths and injuries. According to our information, a number of casualties were taken to Baquba Hospital. These latest events have aggravated a situation that had been tense for quite some time.

We call on all those involved to exercise restraint and to comply with applicable law. This means, among other things, that the use of force by law-enforcement personnel must conform to the standards that govern law-enforcement operations. In addition, the dignity and physical well-being of all individuals must be preserved at all times.

What is the ICRC doing?

We are closely following the latest events, particularly the provision of medical care for the casualties and the evacuation of the dead and injured. Less than 24 hours after the clashes started, the ICRC provided dressing materials for Baquba Hospital, where casualties have been taken, and we remain in close contact with the hospital management. Should there be further needs, we are ready to assist.

After hearing that six people had been arrested and taken to Khalis Police Station, ICRC delegates visited the facility on 13 April to assess conditions of detention and the treatment of people being held there, and to give detainees the opportunity to contact their families.

Do you have regular contact with the residents of Camp Ashraf?

The ICRC has visited Camp Ashraf in the past in order to meet the residents and, in particular, to offer to help them contact their families in Iran and elsewhere through the exchange of Red Cross messages.

After the clashes on 8 April, people outside Iraq who have relatives living in Camp Ashraf contacted the ICRC and various national Red Cross and Red Crescent Societies, as they were worried about what might have happened to their relatives. We will try to help people obtain information on those who were caught up in the clashes.

What are the obligations of the authorities?

The authorities have the obligation to respect the rights that Ashraf residents enjoy under national and international law. In particular, the authorities must preserve the residents’ physical and mental well-being at all times, and must allow families to remain together as far as possible.

Furthermore, the ICRC has regularly reminded the authorities of their obligation to respect the principle of “non-refoulement,” which is a principle of international law that prohibits a State from transferring people to another State or authority if there is a risk that they may be subjected to any kind of ill-treatment, or that they may face persecution on account of their race, religion, nationality, membership of a particular social group or political opinion.

We have also reminded the authorities of their obligation to ensure that civilians in Camp Ashraf – as elsewhere in Iraq – have access to such basic necessities as food, water and medical care.