Mohammad Reza Birnazari as a native of Gorgan, in Noorshahr, worked in the organization from 1989 to 1999. This is his description of his difficult time with the Mojahedin:

“In 1989, I was 27. The war against Iraq had ended, but the situation inside Iran was bad and I was personally very unhappy. Seduced by the organization’s anti-Iranian propaganda, broadcast from Iraq, I joined the organization in order to take part in the struggle for change in Iran.

After intensive military and ideological training, I was made a member, but I quickly began to see things differently. there was a good reason for this: they kept promising us things that never happened. The leaders said: “we’ll win in a week, in a month, in a year’. But nothing happened. After five years of waiting and being obedient, I openly began to express my doubts and worries. This led to insults and threats and moral and psychological torture. I was terrified that they would actually act on the threats they made. Those who disagreed with them disappeared from one day to the next. 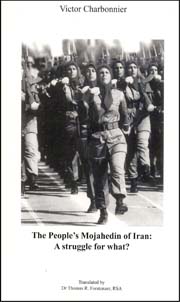 They told us they were spies and had been handed over to the Iranian authorities or transferred to other camps, people sometimes spoke about suicides. But officially, deaths were explained as heart attacks or accidents. We had no way of verifying any of these stories, since we were completely cut off from the world. One day in 1999, to punish me, they hand me over to an Iraqi Kurd who arranged illegal border crossings. He took me into Iran via Erbil and Qasr Shirin. For me, prison in Iran was better than living in the Mojahedin camps in Iraq. The camps were places of suspicion, informants and no hope at all.
From the book: The People’s Mojahedin of Iran: A Struggle for what? “By Victor Charbonnier,2004. 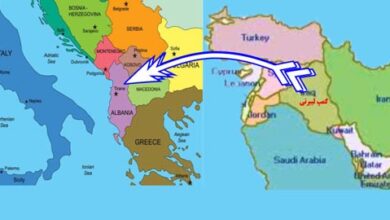