Families of members of the terrorist Mojahedin Khalq Organization (MKO) gathered in front of the British Embassy in Tehran on Monday to protest London’s recent decision about the notorious organization. 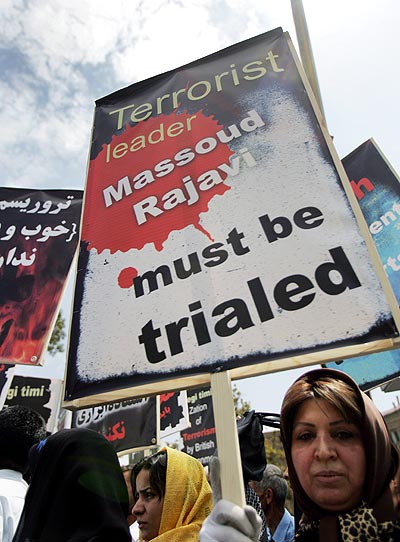 London has recently removed the terrorist organization from the Britain’s terror list.

The protestors were families of those MKO members who have been kept (mostly unwillingly) in the terrorist cult’s camp some 60 km north of the Iraqi capital city of Baghdad.

The center, called the Ashraf Camp, is a place where the MKO members are brainwashed to get prepared to participate in terrorist operations against civilians targets.

At the end of the gathering, the families read a protest letter addressed to the British Prime Minister Gordon Brown condemning the UK’s decision.

The letter considered as the gathering’s final statement, voiced the families serious concerns about the fate of their relatives and loved ones.

Stressing that London has made the decision for "political" reasons, they urged British premier to "make sure" that the terrorist group "would not use our children in terrorist activities again." "What has happened under Saddam Hussein’s regime must not be repeated again. We require assurances from the British government that our children would not enter terrorist activities one more time." The protesting families stressed that they would find the British government responsible, once their children entered any more terrorist operations.

They also called on Brown to "safeguard meetings between us and our relatives in the Ashraf Camp". 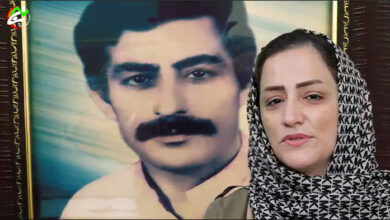 Leila Kiukan’s new message to her father in MEK

Your family are counting the days until they see you again

The MEK Cult agents targeted Nasser from behind

Sis, free yourself from the MEK!