++ Iran Interlink and Sahar Family Foundation are receiving many requests for help from individuals who have left the MEK in Albania. They tell us that nobody from the UNHCR or the Albanian authorities give them any answers. It is clear these bodies don’t know what to do with such people. Iran Interlink advises ex-members to be clear that it is illegal for the UNHCR or RAMSA or any other body to ask them to choose between the Iranian embassy and the MEK. They were brought to Albania as refugees so these officials are responsible for their welfare. Encouraging people to go back to Iran, even though it is backed by the Americans, is illegal. Twelve individuals have put their complaints in writing to the MEK leaders. We have advised them to approach the UN directly because the MEK is a terrorist group and they are not responsible for them. Nor is the CIA which backs the MEK. One complainant who approached the MEK to ask why they would not give him his money was beaten up because, they said, he had ‘contacted his mother by telephone’. In front of him, they paid double the allowance to another individual who is working for them while claiming to be an ex-member. The MEK said, ‘we recognise him as an ex-member because he listens to what we say’. Iran Interlink advised him to visit the UNHCR with a lawyer that we have found, and ask them what their conditions are for helping refugees. We advised him to remind the UNHCR that the deal between the Americans and the Albanian government does not apply to people like him because he is an individual refugee and not a member of the MEK terrorist group.

++ Mohammad Karami published an article called ‘The Most Hated Iranian Ever’. The piece comprises mostly self-explanatory pictures of Maryam Rajavi aligning herself during the last two decades with whoever in the world is anti-Iranian. Pictures of her with Saudis, the Syrian National Front, various Americans and etc., are an interesting display of her legacy as the MEK leader.

++ This week was Ashura. The MEK and Maryam Rajavi have been trying to align their brand with the Shia faith. Some Farsi commentators responded by linking her stance this week vis a vis Ashura with her previous act of gifting a book of MEK anti-imperialist martyrs to Senator John McCain. Rajavi sits down with the most anti-Shia people, but at the same time claims the MEK are Shias. In referring to this hypocrisy, some commentators claim ‘just this one contradiction makes it impossible for them to last another year’.

++ Muhammad Sahimi has written an article in Anti War ‘Deconstructing Neoconservatives’ Manifesto for War With Iran’. Starting with Donald Trump’s determination to supper the JCPOA, Sahimi outlines Neoconservative efforts to provoke a war with Iran, including a speech by US Ambassador to the UN Nikki Haley which was “replete with lies, exaggerations and innuendoes”. Sahimi identifies John Bolton as proposing “the most comprehensive plan of action for leaving the JCPOA and eventually going to war with Iran” while also being “a lobbyist for Mujahedin-e Khalgh Organization (MEK, also known as MOK), an Iranian opposition group that for years was listed by the State Department as a terrorist organization, and is universally despised by the Iranian people for its collaboration with the regime of Saddam Hussein during Iran-Iraq war, and working with Israel to assassinate Iranian nuclear scientists. Bolton also has very cozy relations with anti-Muslim hate groups, which only goes to show the depth of the man’s mental state.”

After a full and detailed examination of Bolton’s position toward Iran, the article concludes: “Why do Bolton and the neoconservatives hate Iran so unabashedly? They have made it clear that they believe the US should rule the world. They disguise this wish under the term ‘US leadership’. To them, international treaties and organizations are useful only to the extent that they protect and advance what they consider as the US interests, which are almost never the true national interests of the United States. Bolton and the neoconservative have never seen a war that they have not liked it. They see Iran not as a threat to the national security of the United States – which Iran is not – but as an impediment to US imperial ambitions for completely dominating the Middle East and its natural resources. This, and only this, is the reason for the neoconservatives constantly trying to provoke a war with Iran.”

++ ISNA (Tehran) reports on a delegation of female victims of MEK terrorism at the 36th session of the UN Human Rights Council in Geneva, Switzerland. “Representatives of the Association for Defending Victims of Terrorism attended the 36th session of the United Nations Human Rights Council under the motto “Empowering Women Victims of Terrorism as a Necessity for the Future of Human Beings”, and offered recommendations to UN mandate holders, representatives of states, human rights activists, and other NGOs… One of the prominent and impressive points raised at this side-event was the testimonies delivered by women victims of terrorism.” 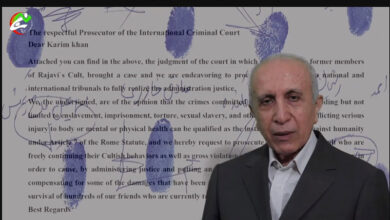 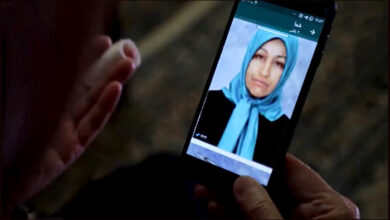