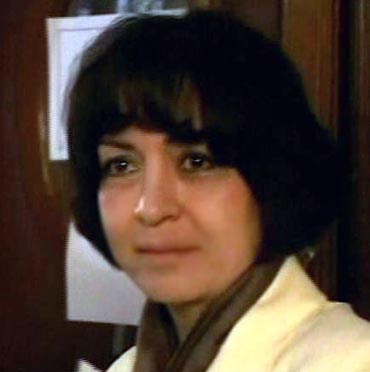 On 21st of February 2008, a court session was held at the Palace of Justice in Paris to deal with a complaint made by Mr. Alain Chevalerias, a French journalist and the author of the book called Brule Vif (Burned Alive), against the Mojahedin-e Khalq Organisation of Iran (MKO). In his book Mr Chevalerias explains the motivation behind the self-immolations of about 10 people in several European cities which occurred after Maryam Rajavi – wife and lieutenant of Mas’ud Rajavi the charismatic leader of the destructive MKO cult – and some of her aides were arrested in Paris on 17th of June 2003. Following publication of this book the Rajavi cult denounced Mr Chevalerias in one of its websites called Iran Focus, and accused him of being an agent of the Iranian secret services as well as that of France. The author of the book considered these defamatory accusations as an insult to his dignity and personality and filed a lawsuit against the MKO in the French judicial system. In the court session a person called Leila Jaza’eri from England was called by the MKO advocate as a witness. Here we give some details about her background .

A’zam Farahani Mullah-Hassani Kohneh, who has now changed her name to Leila Jaza’eri is an active supporter of the proscribed terrorist Mojahedin-e Khalq Organisation of Iran (MKO) in London. In the early 80s she married another supporter of the MKO called Hassan Jaza’eri who later died in Ashraf Camp, the main military and ideological training base of the MKO in Iraq. Their son Hanif Jaza’eri is also an active supporter of the MKO in London at the moment and in charge of ‘Iran Focus’ the above mentioned site of the MKO. Leila Jaza’eri persistently claims that her late husband was executed in Iran. The MKO has also named him in its published list of those who have been executed by the Islamic regime of Tehran. But in fact Hassan Jazaâ€™eri was sent to an Iraqi MKO base for military training and during one training session in Camp Ashraf became overheated and fell into a semi-conscious state. He was taken to a car and left there unattended with no medication until he died. Hassan suffered a genetic heart disorder which the MKO was fully aware of at the time. In 1981 Leila Jaza’eri took part in the violent occupation of the Iranian embassy in London which resulted in her serving a prison sentence for a few months. She was sent to Iraq to the MKO base several times. The last time she was in Iraq and in the military base of the MKO was during the First Gulf War. Leila Jaza’eri, along with her sister Maryam and her brother-in-law, illegally sold a rented house using forged documents. The brother-in-law later escaped to Iran with his wife after this act of fraud. A’zam had a lawsuit against her in that respect and that is why she is now using the name Leila Jaza’eri. The police still have an open file on the person called A’zam Mullah-Hassani. The Jaza’eri family, particularly Hassan’s sister, have denounced her because of her actions and do not wish her to use their family name since she has remarried again and of course divorced. They are also disappointed with her activities, in particular dragging Hassan’s son Hanif Jaza’eri into a proscribed destructive cult. They believe that Hanif who is over 20 years old now is a very smart and talented person who could have a bright future if his mother would not exploit him in favour of the MKO. Leila Jaza’eri has been involved in several violent activities against the disaffected and dissatisfied members of the MKO. She has personally disrupted many meetings in London and other cities such as Paris and New York where the MKO believed the meetings participants would challenge and expose the policies of the leaders of the organisation. She is known to be an active thug of the MKO against its critics and in that respect has files with the police in several countries. In 2005 she was arrested after she tried to disrupt a meeting held by some critics of the MKO in London. She badly harassed one English reporter at the session.  She has also tried several times to bribe or otherwise threaten some internet companies to close websites run by the MKO’s critics and has also tried to feed the police with false documents against those who have left the MKO, including making maliciously false accusations of child abuse.  Leila Jazaâeri makes approaches to British institutions including the Foreign and Commonwealth Office (FCO) and the Houses of Parliament under specifically fabricated entities such as the Iranian Women’s Society or Anglo-Iranian Association and in this manner meets people who do not wish to meet with the MKO or its alias National Council of Resistance of Iran (NCR). She also had an interview with the Birmingham post arranged by Lord Corbett who supports the MKO in which she made some false accusations against the dissidents of the Rajavi cult. She is very much afraid of her true identity being revealed. The above mentioned facts and many other details can be testified to by several people in Britain and elsewhere who know A’zam Mullah-Hassani (aka Leila Jaza’eri) very well and are willing to give evidence in this manner. The Jaza’eri family is one example of such witnesses to her lies and thuggish behaviour. Nejat Society