Iran’s ambassador to London slammed the Albania-based Mujahedin-e-Khalq (MEK/MKO) terrorist group for its efforts to manipulate the public opinion by the fake news. 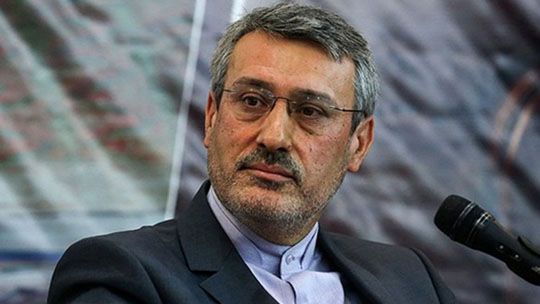 In a Twitter message on Sunday, Hamid Baeidinejad posted an image of a group of MKO members in a big computer lab and wrote, “The MKO members in Ashraf camp, Albania, have been trying to use a new type of weapon [against Iran].”
“Their weapon includes the supercomputers by which they are trying to spread lies and fake news to poison the public opinion,” he added.
The MKO, which is currently acting as a proxy against Tehran, fled Iran in 1986 for Iraq and was given a camp by former Iraqi President Saddam Hussein. It fought on the side of Saddam in the Iraqi imposed war on Iran during which the former Iraqi dictator used chemical weapons against Iranian civilians on a massive scale. The notorious group is also responsible for killing more than 17,000 Iranians in different acts of terrorism, including bombings in public places and targeted killings.
It was listed as a terrorist organization by the US and European Union in 1997 and 2002 respectively, but as more efforts got directed to vilify Iran, the MKO got delisted by the EU on January 26, 2009 and by the US on September 28, 2012.
After Washington formally removed the MKO from its list of terror organizations, the group became able to have its assets under the US jurisdiction unfrozen and do business with the American entities.