IRGC chief warns US, UK, Israel to stop sedition or see their interests set on fire

Chief commander of the Islamic Revolution Guards Corps (IRGC) says the US, UK, Israel, and the regional regimes must expect to see their interests on fire if they continue stirring sedition in the Islamic Republic.

“I tell you – the leaders of America, Israel, Britain, and the regional enemies who instigate sedition – if you don’t stop sedition, we will set fire on your interests, and this is our last word,” Major General Hossein Salami told a gathering in Rey, south of Tehran.

“We tell our enemies: we will chase you, find you, and take revenge on you,” he warned.

General Salami had earlier said that the enemies were attempting to incite “sedition” in Iran with the goal of “making up for their successive defeats against the Iranian people.”

In remarks on December 4, he said the enemies sought to portray the chaos in Iran as an outcome of “psychological pressure” on Iranians caused by Washington’s so-called maximum pressure campaign.

The Iranian people, however, managed to once again turn the enemy threat into an opportunity as they “were well aware that Iran faces a security risk whenever the enemies infiltrate into the country from abroad.”
The IRGC chief commander says the Iranian nation once again slapped the US and other arrogant powers in the face by nipping foreign-backed riots in the bud.

In mid-November, the Iranian government raised gasoline prices in order to moderate the national consumption rate.

The move prompted protests in a number of cities that went largely peaceful, but turned violent when armed riotous elements took advantage of the situation to vandalize public and state property, and attack civilians and security forces alike.

Iran says many of the rioters were found to have links to the notorious US-backed Mujahedin Khalq Organization (MKO) terror group, royalists and separatists besides members of organized groups trained towards staging acts of sabotage.

US leaders openly supported the rioters, with Secretary of State Mike Pompeo calling on them to send him videos of their acts of violence.

‘US troops will soon flee region’

“I give you assurance that the US will soon escape the West Asia region,” Major General Yahya Rahim-Safavi said Thursday.

“The Syrian nation will throw American away from their country, and the vigilance of regional nations will bring the United States to defeat,” he added. 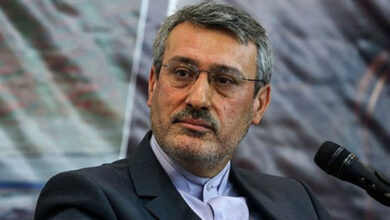