Dr. Olsi Jazexhi:
Emir Aslan Hasanzadeh is an Iranian mojahedeen taken by MEK in 2002 (1381) when he was 21 years old. Now he is 38 years old. Not married. Kept in isolation as a jihadi by the Maryam Rajavi mojahedeen gang in Manza, Albania. His mother Sorayah wants to meet him. But Albanian authorities who obey to the Mojaheeden command do not allow her and hundreds of other Iranian mothers to come to Albania and see their sons.

In the following video she explains to Dr. Olsi Jazexhi her story and the struggle that this Iranian mothers do in order to liberate their children from the Mojahedeen el Halk terrorist organization. Sorayah pleads like a mother to her son, the Albanian government, international community to allow them to meet their children.
BY Olsi Jazexhi, 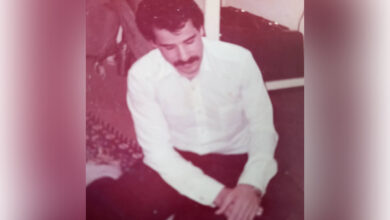