Mansoureh Mahboub, the awaiting mother of Mohammad Keshmiri trapped in the Mojahedin-e Khalq (MEK) camp in Albania, wrote a letter to Albanian Prime Minister Edi Rama requesting him to find her missing son in that country and let her to contact him.

The text of the letter, a copy of which has been sent to various UN and European Union bodies and made available to the media for public information, is as follows: 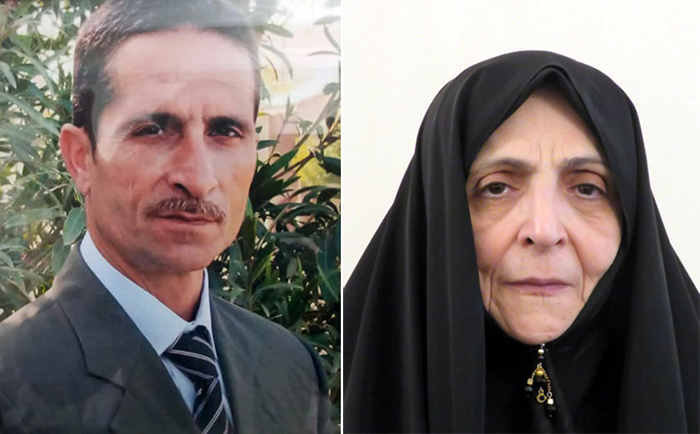 Excellency Mr. Edi Rama
Honorable Prime Minister of the Republic of Albania
I am Mansoureh Mahboub, the mother of Mohammad Keshmiri. My son was born in 1967. He was captured by Iraqi forces during the Iran-Iraq War in 1989 and transferred to a POW camp. He was in the POW camp in Iraq for a year and a half, during which time he sent regular letters through the Red Cross and the Red Crescent, and we were aware of his condition and gave him letters. But after this period, his letters were not received. We later learned that my son had been deceived by the Mojahedin-e Khalq Organization (MEK, MKO) and taken to their camp in Iraq.

POWs returning home after the Iran-Iraq ceasefire told us that the conditions in the POW camp in Iraq were extremely difficult, and then MEK envoys appeared as Iranians who had come to help the prisoners, and some who did not recognize them were deceived with the promise of going to Europe and having a job and a prosperous life, and they went with them and ended up into Ashraf garrison, where there was no way to go back.
We were unaware of my son for many years, until after the fall of Saddam Hussein, we learned through detached members that he was still in Camp Ashraf. With a lot of difficulties, we managed to go to Iraq and approach to Camp Ashraf. My husband, my younger son, and I were there for a week. Mohammad came to see us sometimes. In no way did they leave him alone with us, and there were always two officials among us. Mohammad always wore a military uniform and boots. I said to him, “My son, why did your letters come while you were in the POW camp, but we did not hear from you after that?” He hinted us that they were not allowed to have contact with their families in the MEK camp.

The officials of the organization were always among us and constantly talked to us and tried to recruit us. They asked us for money to help the MEK. I refused to donate and said I had no money to give you. I brought some bags full of souvenir for my son. At the moment of farewell, they did not let me hug and kiss my son. They did not allow us to get too close to him at all. They have been trying to recruit my little boy for so long. We were asked to cooperate with them in intelligence and financial way when we returned to Iran. Then I understood why they had agreed Mohammad to meet with us.

After we returned from Iraq, the members of the organization called my little boy and asked him to work for them in Iran and eventually join the MEK in Iraq. But my son refused to have contact with them. The MEK initially agreed to meet with their families in the presence of the organization’s officials in the hope of attracting families and gaining manpower and financial resources, but when they saw that they could not get anywhere this way, they completely banned any contact with the families.

Years later, I learned that the MEK had gone to Albania. Of course, my son also must have gone with them and now lives in the isolated and remote camp of this organization in Albania. We have been unaware of my son Mohammad for many years. His father, who is very ill, and I are always worried about him and we beg God that our child has a good future after all this suffering of captivity and years of separation. Mohammad’s father had a stroke and underwent heart surgery. I’m sick too and we’re just hoping to see our loved one alive.

I have been informed that the Albanian government is one of the signatories of the “United Nations International Convention for the Protection of All Persons from Enforced Disappearance”. According to the convention, the Albanian government is responsible for the actions and behavior of the MEK, which is based in that country, to the “Working Group of the Enforced or Involuntary Disappearances”, the “Committee on Enforced Disappearances” and the “UN High Commissioner for Human Rights”. Meanwhile, your government does not grant visas to Iranian citizens at the request of the MEK, and therefore we are not able to travel and follow up on the issue in your country.

My son is a forced and involuntary disappeared person who can be traced and contacted only through the MEK and by the government and officials of the Republic of Albania. Mohammad’s Father and I desperately urge you, the head of the Albanian government, to provide maximum assistance in this way and to provide a way for us to get in touch with our loved one to find out about his condition, especially in the current situation of the Covid-19 virus pandemic.

Attached are photos and particulars.
Thank you for your efforts
Mansoureh Mahboub
Tehran Iran
1 – 2 – 2021