On Friday May 28, a conference was held with the participation of Mujahedin-e Khalq cult former members in the office of Nejat Society on the occasion of the anniversary of the execution of the group’s founders.
The title of the conference was:” People’s Mojahedin and elections from slogan to action and the emergence and dissolution of an organization”
Due to Covid19 health protocols, a few members of Nejat society attended the office and others attended through cyberspace. 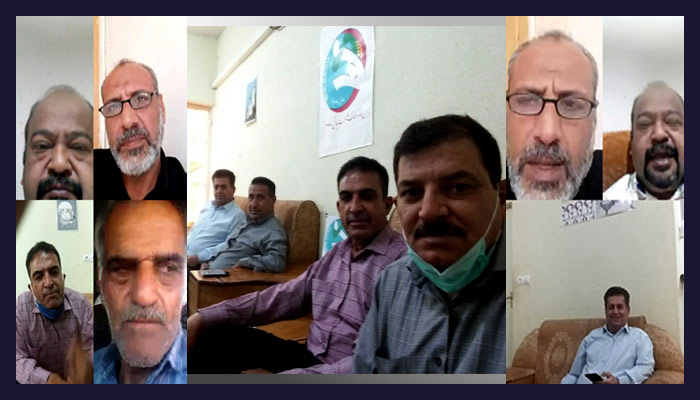 At the beginning of the meeting, the head of the Nejat Society of Khuzestan branch, welcomed the attendees.
The recent message of the so-called missing leader of the MEK in which he referred to the issue of engineering the presidential election in Iran and forcing people to participate in the election scene, was among of the topics discussed.
Attendees as the eye witnesses of the MEK affairs believed:”! We do not intend to defend the election process in Iran or to consider it perfect and free of any problems, but the issue we want to address here is that Massoud Rajavi and the Mojahedin Khalq have accused the Iranian government of rigging the election. Do they themselves have a belief in the principle of elections and free voting?

Signatures of the petition urging for the trial of the leaders of the MEK exceeded 10,000

MEK member: In despair a comrade burned himself to death

Azim has been a hostage in MEK under a dirty deal