On 5th September the People’s Mojahedin e Khalq celebrated its 57th anniversary. But here’s a serious question: ‘As what?’ Is the MEK a terrorist group; a propaganda merchant; a mercenary militia group; a resistance movement; a liberation force; a democratic, feminist opposition group; a government in waiting?

These are some of the descriptions attached to it by observers and by itself over its five-decade history. Sometimes it’s hard to pin down this chameleon like group. Just what, specifically, is the MEK?

Until recently, the MEK kept company with extreme Neocons, Israeli Zionists and Saudis; John McCain, John Bolton, Rudi Giuliani, even Mike Pompeo headlined the MEK’s act. Basically, anybody who took an extreme anti-Iran stance and was prepared to embrace the MEK was welcomed as an ally. Money, of course, changed hands. With a new Democratic president in the US and a new Israeli prime minister, it remains to be seen which version of itself the MEK needs to publicly promote. Whatever that may be, its current attachments, loyalties and pay masters place the MEK at the very heart of what used to be described as American Imperialism. 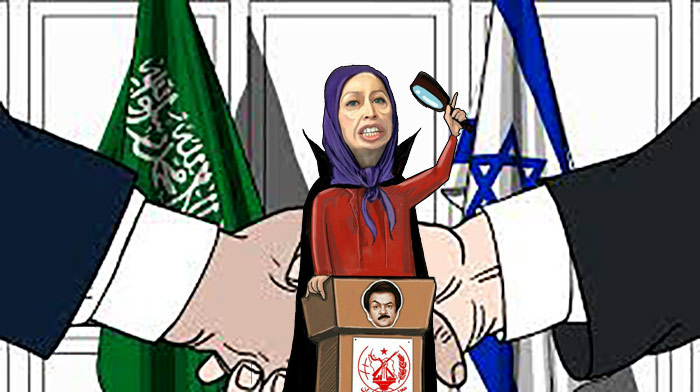 So, the irony cannot be lost on us that the MEK of today purports to celebrate its 57th anniversary as an armed anti-Imperialist group. The MEK was created in response to the deadly oppression of the Shah and US Imperialism in Iran. The MEK’s founders believed that peaceful protest would not bring about the profound change needed to oust the Shah and his western backers and declared armed struggle. As part of this armed struggle, the MEK assassinated six American personnel in Iran and targeted western interests such as airline offices in Tehran with violent attacks.

After the 1979 revolution led by Ayatollah Khomeini, the MEK declared victory over US Imperialism. Its newspaper declared its extremist stance: ‘Let’s Create Another Vietnam for America!’ In its first two decades, the MEK attracted militant youth, prepared to kill and die for this cause. Those who have survived from those days make up the majority of the current MEK membership. After the mid-1980s, MEK leader Massoud Rajavi converted the group into a personality cult, using sophisticated psychological manipulation techniques to brainwash current and new members into obeying his whims. At this point, the terms of struggle became irrelevant, as every member’s real struggle was to stay loyal to an increasingly autocratic and unhinged set of terms: divorce your spouse and send your children away in order to focus solely on my leadership. Avoiding punishment and shunning became the fundamental preoccupation of every member.

Today, five decades on, it is unclear now whether these radicalised (brainwashed) members are able to think and gain the perspective needed to assess their predicament. Which is, the organisation they joined and devoted their whole lives to is built on the shifting sands of political and financial expediency and the base cowardice of Massoud Rajavi. The MEK of today is almost the opposite of the one they joined. Its ideology has evaporated and been replaced by mercenary expediency in the service of American Imperialism. So, by all means, let them celebrate 57 years of the MEK’s existence. But defining what that existence means has become an impossible dissociative conundrum for each and every member.