Mohsen Shabani has been taken as a hostage by the Mujahedin Khalq (the MEK) since 1988. He was a soldier in Iran-Iraq war when he was taken as a prisoner of war. However, he was in the Iraqi jail for only three days. The MEK recruiters took him to the group’s notorious base in Iraq, Camp Ashraf. 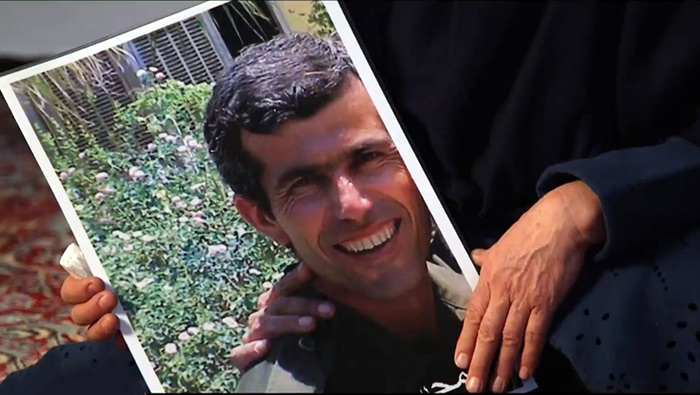 Mohsen Shabani has had no contact with his family for 33 years. His family went to Iraq several times to visit him in Camp Ashraf but they were never allowed to visit their beloved son.
Mohsen was relocated in Albania together with other hostages of the MEK in August, 2016. Since then, his family have taken a lot of actions to call on the Albanian authorities and the international community to help them contact Mohsen.

In a video message published on Nejat society website, Saboora Shabani, Mohsen’s sister asks the Albanian authorities to aid her brother have an in-person visit or a video call with his family. “I plead the Albanian government to provide us with a visit with my brother or at least a video call with him,” Saboora says in the video message. Addressing her brother Saboora says, “Dear Mohsen! Please! Please call us. We are waiting for you.”
In the cult-like system of the MEK under the rule of Massoud and Maryam Rajavi, family should be considered as the enemy. Mohsen is not permitted to have any access to the outside world. The endless grieves of Mohsen’s elderly mother are heart breaking. Weeping tears before the camera of Nejat Society, the mother says in Northern Iranian dialect, “I want my son!”