ASILA: Good news for families of the MEK hostages

The head of the Association for the Support of the Iranians Living in Albania (ASILA) spoke of the new options that are opening for the families of MEK members who are looking forward to visiting their loved ones in the group’s camp in Albania.
The newly established ASILA has the duty to support the Iranians who defects the cult of Rajavi and the families of those who are still taken as hostages in the group’s camp Ashraf 3, in the region of Durres in North of Tirana, Albania. 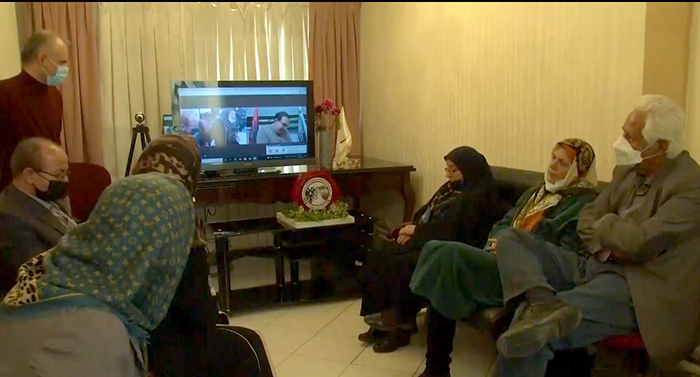 online meeting between Hassan Heirani, the head of ASILA, in Tirana, and a number of families of MEK members in the office of Nejat Society in Tehran

In an online meeting between Hassan Heirani, the head of ASILA, in Tirana, and a number of families of MEK members in the office of Nejat Society in Tehran, Heirani promised to use all capacities of the association to pave the way for the families to travel to Albania.
“I assure you that the way will be opened,” he said. “The cult of Rajavi cannot prevent you from visiting your loved ones in a democratic European country. They have been supported by the US and Israel so far but they have not been able to keep their own children in their cult.”

In response to the heart-broken mother of Mijad Hajalirezai who was weeping tears languishing for her son, Heirani said, “The Mujahedin cannot keep their members under pressure, mind control and intimidation forever. Half of their members have defected since the early 2000s.”
ASILA has been officially registered in the Albanian Judiciary department and its activities are closely supervised by the Albanian government.

ASILA AssociationMembers of the MEK in Albania
FacebookTwitterPinterestEmail
previous post

New hopes for families of MEK defectors living in Albania

Good News From Albania – Family Visits May Go Ahead