Open letter by families of MEK hostages to Albanian authorities

Families of members of the Mujahedin-e Khalq signed an open letter to the Albanian government of the event to launch the new documentary produced by Nejat Society. On the sidelines of the opening ceremony of “From Tirana to Tehran” the families whose loved ones are taken as hostages by the MEK in Albania and former members of the group signed the letter calling on the Albanian authorities to aid them release their beloveds from the group.

Recounting some of the human rights violations committed by the MEK leaders against their own members, the signatories of the letter declared their concerns over the situation of their loved ones isolated in the MEK’s camp called Ashraf 3 in Manez, a village in north of the Albanian capital, Tirana. 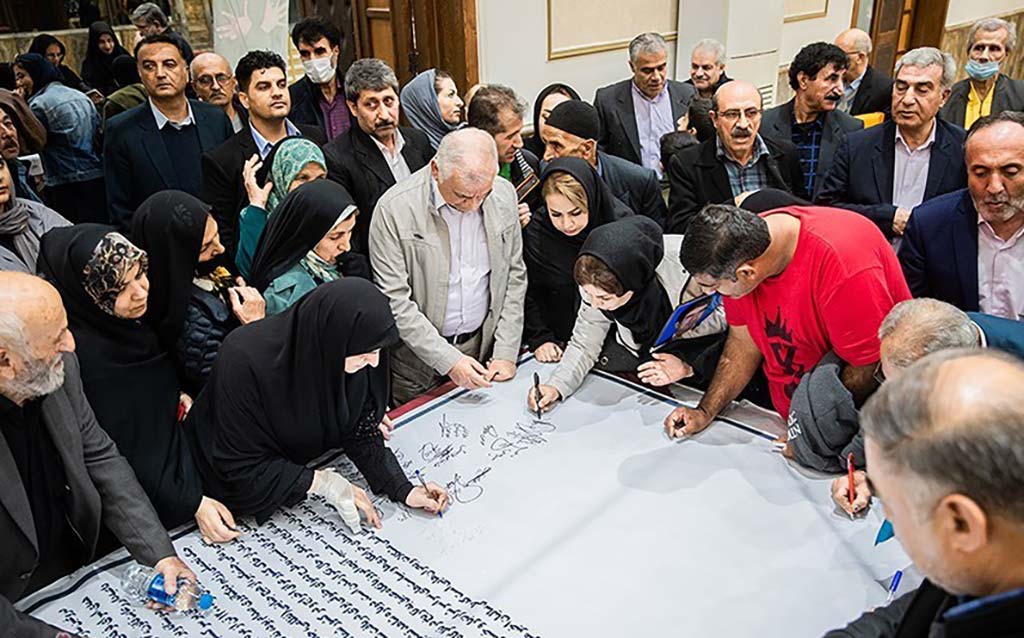 Open letter by families of MEK hostages to Albanian authorities

The families who have been looking forward to contact their loved ones in the MEK for many years now, ask the Albanian government to prevent the MEK leaders from violating the most basic rights of their members including their right to contact their families freely, to marry, to express their opinion and to live a normal life.
Expressing their support for Nejat Society, of which the mission is to aid save the MEK members, the signatories of the letter condemn the MEK’s attitude to violate the rights of its own members. “By signing this petition, we expect the Albanian government and the international human rights bodies to pursue the case of our loved ones and to be responsive to our demands,” they write.

They mention the misinformation launched by the MEK’s propaganda against families. However, they emphasize that the emotional bond with their loved ones is unbreakable. They state, “We are still longing for liberation of and visiting our loved ones despite the MEK’s poisonous propaganda, insults and accusations against us.”
Families of the hostages in Camp Ashraf 3 underlined their determination to keep on their efforts to break through the mental and physical bars that Massoud and Maryam Rajavi have built around their loved ones. In order to achieve this goal, they highlighted the necessity of being accompanied by enlightened and open-minded and unbiased persons, organizations and media.

The letter notifies the case of at least 200 residents of Camp Ashraf 3 who have declared their defection from the group but they have not been allowed to leave the camp. Instead, they have been quarantined by the group commanders. “We have serious concerns on the mental and physical conditions of these people and we warn about the outcomes of the MEK’s maltreatments against them asking for their immediate release,” it put.
According to the families who signed the letter, regarding the recent incidents in Iran, the MEK has gotten more isolated among the Iranian public opinion than it was before and this indicates that the group can not be considered as an alternative to the current government in Iran. Therefore, the group should not be granted the opportunity to abuse the most basic rights of its members anymore.

Reviewing the MEK’s atrocities and acts of terror in Iran and its treasonous siding with Saddam Hussein during Iran-Iraq war, the signatories warn the Albanian authorities about the MEK’s claims for properties as it claimed for possession of its headquarters in Iraqi territory. “In our opinion, the history is repeating itself,” they state. “We are witnessing MEK’s building another headquarters imposing pressure on the host country. What we deeply perceive is the victimization of the Albanians’ national security and interests by the MEK’s evil policies.”

The letter was signed by the families of MEK hostages and former members of the group who had attended the event for the first public presentation of the documentary “From Tirana to Tehran” held by Nejat Society. It was also supported by those families of MEK victims who could not manage to take part in the event. Their messages of support are published on Nejat Society website.

From Tirana to Tehran

MEK, a case study on mind manipulation at Salford Uni – Part one