On Monday 5 February 2008, a delegation consisting of representatives of different Moslem organisations and societies in Britain,  paid a visit to the Nejat (rescue) Society in Tehran. They met with Ms. Hura Shalchi, Ms. Marjan Malek, Mr. Ebrahim Khodabandeh and Mr. Jamil Bassam while some representatives from the British Embassy in Tehran as well as families of the MKO members in Ashraf Camp were present.  The seven members of the delegation each represented a British Moslem establishment which totally covers a good deal of Moslem community in Britain 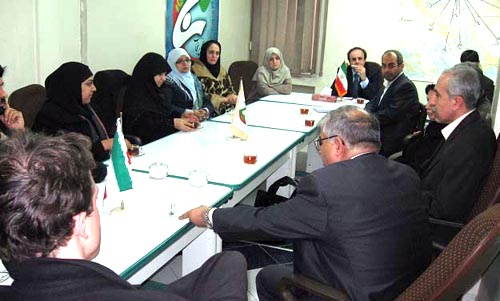