The group responsible were the Mujahideen Khalq Organization (MKO), who are responsible for the deaths of 16,000 victims, including a president, a prime minister, 80 parliamentarians, but more importantly, 80% of their victims were innocent civillians.

Although barely reported in the West this month: an English court ruled the British government’s decision to put this terrorist group on the proscribed organisations list was perverse; the Iraqi Attorney General Jafar al-Mousavi, has appointed a judge and prosecutor to bring the leadership of the Mujahedin Khalq Organization to justice for their role in war crimes and crimes against humanity under Saddam; and Members of European Parliament met with Members of Justice Advocacy Group (an Iranian victims NGO) in Tehran, to express European commitment to keep the group on the EU proscribed organisations list.

A representative of the Members of Justice Advocacy Group told the MEPs:

If the MKO which embarked on terrorism as its tactic, strategy and ideology, are used as tools, be sure that they would use this opportunity to launch terrorist operations against the European citizens too, because, terrorism is the innate nature of the group

Prime Minister Gordon Brown agrees, he refused to reverse the decision to put the anti Iranian MKO on the terror list, pointing out that it had been involved in terrorism before and there was “no evidence” that the organisation had changed, and Home Office Minister Tony McNulty said ”I am disappointed at this judgement. We don’t accept it and we intend to appeal,” adding the list will remain on the MKO would remain on the list during the appeal.

So why would a British court decide that it was “perverse” to put this terrorist organisation that has tried to assassinate a serving head of state and religious leader? Is the judge a terrorist sympathiser or raging Iranophobe, like some of the terror cult’s supporters in the Houses of Parliament?

I doubt it, it’s probably because the Government didn’t make its case, it declined to say that it knows full well the cult is still actively involved in terrorism in Iraq, because it does it with the full knowledge and assistance of the American occupation army, whose custody the MKO in Iraq is supposed to be in. America won’t hand over these terrorists to the Iraqi government, even though there is Interpol arrest warrants out for them.

But then Britain is sponsoring terrorist attacks in Iran’s Khuzestan province, through neo-fascist, Anti Iranian, Arab supremacists, including the Al-Ahwaz Liberation Front. Lord Lamont of Lerwick asked whether the Government will ”proscribe the Al-Ahwaz Liberation Front on the ground that it is a terrorist organisation” — to date they’ve refused, which is worth bearing in mind the next time Britain accuses Iran of being a state sponsor of terrorism, a charge which Britain is both overtly and tacitly guilty of. 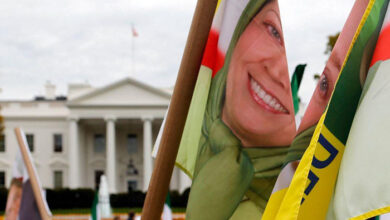