The following is extracted of the book:”Atlas of Radical Islam” which was written under the supervision of Mr. Khavier Raufer.  The book was published by Cnrs edistion, in Paris, in 2007. According to the author, the objective of 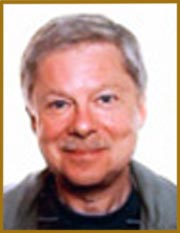 the publication of the book is to represent a useful solution to the lack of information on radical Islam. The book includes descriptions on all Islamic extremist and terrorist groups such as Al-Qaida and Mujahidin Khalq. There is also analysis on radical Islamic groups whether Sunnite or Shiite, their doctrine or theory, their networks and supporters and their history and activities.

In pages 335 to 340, a short report on MKO’s activities, background and ideology is presented so as a lot of realities are not told about the group.

Muajhedin—e-Khalq organization was one of the most known opposition groups which fought Shah of Iran and had an eight-year experience in armed struggle against the regime. It could penetrate the government system and play an important part in overthrowing the monarchist government using the modern propaganda techniques. 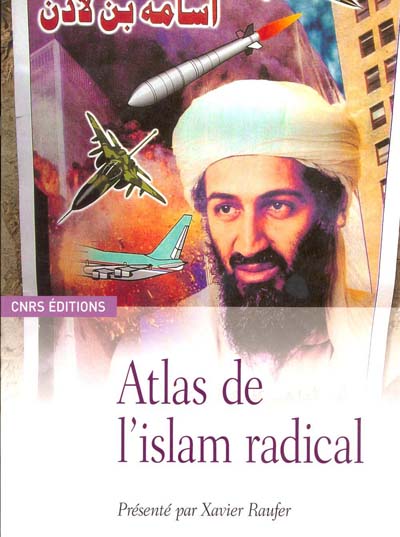 Following the February, 1979, Masud Rajavi asked his hundreds of young, passionate supporters to stop their manifestations and enter the governmental structure of Islamic regime in a covered way. Therefore, after the dismissal of Bani Sadr from presidential position, on June 20th,1981,Mujahedin set out for armed struggle once more, entering a new phase of struggle.

Muajhedin-e-Khalq Organization launched deadly attacks against Islamic Republic in less than a week. But it couldn’t take any advantage of such an action.  Later Mr. Rafsanjani confessed that after the attempt against Ayatollah Khomeini on June 27th1981 in Mosque Abuzar, Tehran, the regime was totally wondering for a  few days. The following day, on June 28th,1981, a bomb exploded in the office of Islamic Republic Party that ended with the death of 10 ministers and  vice-ministers, 20 parliament members and 44 other people of high-ranking officials. Mujahedin had really pretended in the high political  gathering so as two months later ,they could easily take a baggage to the administration building ,to burn up Muhammad Javad Bahonar-Prime Minister- and Mohammad Ali Rajaiee, the President.

–        April 23rd 2001, they attached the headquarters of police in Shemiran, North of Tehran, while the commandants of the region were having a meeting on the recent attacks of MKO. There is no available estimate on  the measures of damages.

–        September 11th, 2001, MKO didn’t announce any statement on its performed operations in order not to be condemned of terrorism.

Meanwhile, the organization asked its supporters to get in the streets for protest, then they filmed them to use the films in the propaganda. At the same time some groups were investigating the mental and psychological conditions of MKO members and supporters to select those who were ready to launch suicide operations and then to prepare them with complicated trainings. For launching a terrorist operation the members should be so skillful that they can manage everything up to the end.

Thus, the group started astonishing actions to create a psychological warfare within the Regime; for instance it could penetrate the closest supporters of the leader and could find out that a clandestine council had been founded to choose a successor for the leader that if he was killed in a terrorist operation, another person could be replaced. A number of young guys launched the suicide operations tying explosives around their waist and body. When the Intelligence Service became stronger, MKO made the 15-16 year-old girls involved in the operations.

The Mujahedin-e-Khalq Organization did the series of operations through the years and finally in February 2006, it decided to give up armed struggle. The Islamic Republic didn’t ignore their activities and executed thousands of MKO members including Musa Khiabani who was executed on February   8th, 1982 along with 22 other leaders of the organization.

In 1983, while the zenith of Iran-Iraq war, MKO set out for cooperation with Saddam Hussein’s regime.

Masud Rajavi who had been expelled from France, joined Iraq on June 7th 1996. MKO was equipped with all kinds of arms by the help of Saddam Hussein and thus the National Liberation Army was established.

In July 1988,three days after the end of Iran-Iraq war, the executive council of MKO started the “ Eternal Light” operation “ to liberate Iran” but the NLA, under the command of Mahin Rezaiee, Ali Zarkesh, Mohamamd Maasumi, Asghar ZamanVaziri, Mohsen Tadayoni and Reza Pourgel, passed a few Kurdish villages in its way and  was stopped  and could never reach Tehran. A few days later the army was totally demolished and nothing survived.

The confrontations between Iran and MKO lasted 13 more years but the more they lasted, the more MKO was discredited. The European countries realized how dangerous MKO is, having found out its terrorist and cult-like behavior and they do not believe MKO’s statements of victory any more. Since 1991, MKO has held various press conferences in European capitals in order to present the news on Iran and also to “denounce”, trying to interpret any thing for its own benefit. MKO has been designated as a terrorist organization by the US, since 1997.In 2001 the other front organizations attached to MKO were also listed. In 2003, the group was forced to give up its military camp in Iraq and at the present time it is seriously controlled by most of the European governments. Therefore the organization does its best to use its information to take advantages from western governments. The “denunciation” made by MKO was not considered as important until 2002 when other reports told of tormenting advancement of Iranian nuclear program and the presence of a clandestine nuclear site in Natanz.

In fact, Iran’s nuclear program has never been clandestine or secret. The program, originally started in 1973 when the oil income of the country increased five times as before and some questions formed in the minds of the authorities, on the future of their nation after the oil sources would be finished.

Thus in 1974 the Iranian government commanded three companies: Framatome, Alsthome, spie-batignolle, to build two nuclear sites. Then the French Prime Minister Jacque Chirac who had been in Iran for a three –day visit, signed the related contracts and a number of Iranian experts then nuclear scientists went to France.

The Iranian nuclear program was restarted while the Iran-Iraq war and the presidential era of Sayed Ali Khameneie.

These efforts ,after 15 years ,on July 22nd 1998, were ended with launching of Shahab 3 missile which boarded 1300 kms. Since that time, the military engineers of the Revolutionary Guard promoted the power of the missile and its board is now 2000 km.

A number of terrorist operations of MKO’s military branch:

-June 27th 1981, Hojatol Eslam Ali Husseini Khameneiee who was the leader’s representative in the Supreme Council of Defense, was the objective of a terrorist attempt while addressing in Abuzar Mosque and his right hand became disabled. The bomb had been put in a tape recorder.

– June 28th   1981, a bomb exploded in the meeting of Islamic Republic Party where Beheshti and 73 other people including 4 ministers, 6 vice-ministers and 20 parliament members were assassinated. There were some other people who were killed in the bombing like; Muhammad Montazeri, the son of  Ayatollah Montazeri, Abbas Ali  Nateq Nouri, Sadeq Eslami, Ali Darakhshan, Dr. Abbas pour and Sarhaddi

– August 30th,1981, a bomb exploded in a bag that ended with the death of the president Muhammad Ali Rajaiee and the Prime Minister  Muhammad Javad Bahonar, Colonel Vahid Dastjerdi and a number of the Cabinet                  members.

September 11th1981, a terrorist operation was  launched against Ayatollah Sayed Asad Allah Madani, the spiritual leader of Tabriz ,he got the title “ First Martyr of Altar”

–        October 5th,1981, terror of Hasan Ayat, one of the leaders of Republic Party and former member of Iran’s Labour Party.

–        December 11th 1981, a terror suicide operation against ayatollah Abdul Hassan Dastgheib, the spiritual leader and Leaders’ representative in Shiraz, they called him “the second Martyr of Altar”.

–        July 2nd1982 a terror operation against Ayatollah Saduqi, Leader’s representative and spiritual leader in Yazd, he was then called “The Third Martyr of Altar.”

–        October 15th,1982 a terrorist operation was launched against  ayatollah Ashrafi Isfahani, the leader’s deputy and the spiritual leader of Kermanshah, he got the title of” The Fourth Martyr of Altar”

–        June 2nd,1998,the deadly operation was launched against  Haj Hassan Salehi, one of the founders of Sepah Pasdaran, who then started  working at the Revolution  Court  and was involved in the execution of hundreds of MKO members in the summer of 1988. In this operation that happened by a bomb explosion in a baggage that was put at the office of Attorney general of Revolution Court in Tehran, three other people,an Armenian and two kids were killed and 22 people were wounded. In 2000, Hojat Zamani who was accused of launching this operation, was arrested. His two brothers were also executed in 2001 and a few months later his father died but he fled to Turkey where he was arrested by the police. And submitted to Iranian government. On July 17th,2004 he was sentenced to death and on February 7th,2006 the ruling was executed in Gohardasht Prison.

–        June 2nd,1998 , a number of mortar attacks were launched at Sepah headquarters in Shemiran. A base in Vanak and also the Defense Industrial Centre in the North of Tehran were the objectives of mortar attacks. There is no available information on the casualties. Rafsanjani told IRNA: “if the Americans do really believe in condemning terrorism, they should restrict MKO’s activities in their territory.”

–        The following day, the American administration issued a statement and condemned the attack. On July 15, the Canadian foreign affairs Minister condemned terrorism in any form and also condemned MKO’s act declaring that the known members of the group were not allowed to enter Canadian soil.

–        September 13,1998, the unsuccessful attempt against Mohsen Rafiq Dust the former commandant of Sepah and the director of “ Mustazafan Foundation”. The bullet was shot from the hill across from his office.

–        January 6th1999, the unsuccessful terror of Ali Razini, who has had various responsibilities in Revolution Court. Due to the attack, one passenger was killed and 4 other were wounded. The reformist newspaper of Tehran had accused him of taking 100 million dollars from the governmental accounts and settled in his personal account to spend for Ansar Hezbollah and their journal “Shalamche”.

–        , a high ranking commandant of the Army and the leader’s military advisor. He was killed by the shot of a MKO’s commando while he was taking his son to school. The commando was disguised as a sanitation worker. The operation which was called “ Dawn” was launched in order to revenge the death of six NLA’s commandants in the operation “ Eternal Light”

–        March 13th, several mortars were launched against Sepah’s headquarters in the northern part of Vanak Square. Apparently ,Safavi, Sepah’s  commandants, and  Zolqadr, his successor, who was responsible for the cross border operations against MKO, were the objectives of this operation. Some of the bullets hit the residential complex of Nour. The quantity of casualties is not bases of Sepah 120 times, since last year.

–        March 14th,2000, a  number of mortars were launched against the common headquarters  of armed forces, Ashura base and Baqeri base in Dushan Tappe’. The casualties are not known.

–        April 21st 2001,the unsuccessful attempt on the life of Farhad Nazari, the former commandant  of the police in the Great Tehran.   Mr. Khavier Raufer