‘ font-size: 10pt”>The American and British failure in containing the Islamic revolution movement and the ever increasing role of Iran in regional and international developments has led them to consider all possible alternatives against the Islamic revolution and has forced Britain to resort to a burnt-out element which is "Munafeqin" [Mojahedin-e Khalq Organization -MKO]. This requires a closer look because the British were famous for their "wisdom" and "ingenuity" in politics.

‘ font-size: 10pt”>Britain has recently eliminated the name of MKO from its terrorist groups list and has accepted their exiled elements dismissed from Iraq and has granted them media coverage and "political opportunities" to turn them to one of the opposition groups against the Iranian government and use them according to its political and security goals.

‘ font-size: 10pt”>Few points should be made in this regard:

‘ font-size: 10pt”>
1- During recent years and following the invasion of Iraq by the American forces, the invaders tried to support and reinforce this group in Iraq in spying against Iran and confronting the forces and groups who supported Iran; but the internal conflicts of this group and the hatred of the Iraqi people because of their collaboration with Saddam Hussayn, in suppressing the Iraqi opposition, outdated this groups as a useful tool for Americans and prepared the ground for their move from Iraq.

‘ font-size: 10pt”>
2- Before the Iraqi government’s resolution ordering the MKO to go out of Iraq, the US and several European countries tried to find a place to accommodate the MKO, but because of their background and the hatred of the Iranian people, none of the Asian and African and even Latin American countries accepted them.

‘ font-size: 10pt”>
3- Finally because of the services of this group to the Western interests against the system of Islamic Republic of Iran, they decided to transfer them to European countries, especially Britain and France.

‘ font-size: 10pt”>
4- Considering the fact that this group was listed in terrorist groups in the British government’s list, the parliament of this country, in an "anticipated" manner, cleared their name from the list and prepared the ground for their leaders and key elements to go to Britain.

‘ font-size: 10pt”>
5- The simultaneous steps taken by the British government in imposing economic sanctions against Iran and the Iranian Bank Melli, in order to increase people’s dissatisfaction in Iran, at the same time as using the MKO, depicts a dual role for this group in the present situation:

‘ font-size: 10pt”>a. Creating an atmosphere against Iran by using every possible means, especially the human rights issue, and organizing demonstrations and meetings.

‘ font-size: 10pt”>b. Trying to incite social movements inside the country by exaggerating some social problems and dissatisfaction and starting a new round of terrors and insecurity in the country.

‘ font-size: 10pt”>
6- Considering the second hand role of Britain in this respect and the role of the US as the principle player, this game is like playing on a burnt-out ground which is doomed to failure because:

‘ font-size: 10pt”>a. The MKO, due to its previous record in treason and crime, is hated in Iraq and Iran and by the Iranian people.

‘ font-size: 10pt”>b. The MKO, because of their terrorist nature has no support among oppositions groups and Iranians outside the country.

‘ font-size: 10pt”>c. The internal crisis of this group and the passive role of its members, who remain in Iraq despite the transfer of their leaders to Europe, makes it very difficult for this group to move. Recently, citing the coalition forces commander in Iraq, the BBC reported that several members of the MKO have abandoned their base in Iraq and are living in bad conditions. 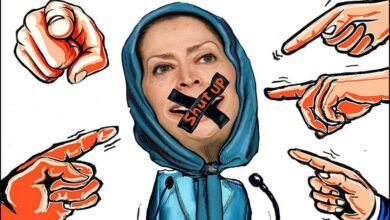 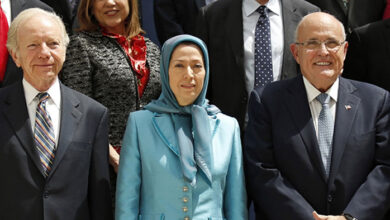