VANCOUVER – A longtime Vancouver resident who has been denied Canadian citizenship for 14 years may have downplayed his involvement with Iran’s Mujahedin-e-Khalq terrorist group, Crown counsel alleged Wednesday.

But his lawyer said Morteza Momenzadeh Tameh was trapped in limbo after 9/11.

Helen Park presented the government’s reasoning behind its recommendation that Tameh be declared inadmissible for permanent residency status in Canada at an appeal hearing in Federal Court.

"Mr. Tameh rose to leadership [in the group]. He had responsibility. This was more than a minimal effort in this organization," Park told Justice Anne Mactavish.

She said Tameh was a cell leader in the Mujahedin-e-Khalq group (MEK) when he lived in his native Iran from 1979 to 1982. Even as late as 1993, after he was imprisoned for his support, Tameh was warning its members that the police were after them, she said.

Park said Public Safety Minister Stockwell Day had to assess both Tameh’s minimizing of his involvement in the MEK and the fact that he had "aided an organization geared toward violent purposes."

Tameh’s lawyer, Shane Molyneaux, told the court Tameh had had a low-level, minimal involvement with the MEK as a youth. In 1979, Tameh, then a teenager, passed out political pamphlets and wrote graffiti on walls when the MEK was a legitimate, peaceful political presence in Iran. Only after mass arrests of MEK supporters in Iran did the group strike back with violence. When Tameh learned of the MEK’s turn to violence, he renounced the group, Molyneaux said.

"He was caught up in it because many young people were interested in it. … He had no involvement in, or witness to, violent acts," said Molyneaux.

As a supporter of the MEK, Tameh was imprisoned in Iran for four years and tortured on two occasions. He was granted convention refugee status in 1993.

Canada Immigration and Citizenship officer Karen Gordon interviewed Tameh in August 2001, just a month before 9/11, and concluded he was no threat to Canadian society. A Canadian Security and Intelligence Services report also determined Tameh posed no risk.

Molyneaux said Day didn’t consider that Tameh has long been emphatic against the MEK and its violent tactics, and that when the group tried to recruit Tameh again in 1991, he rejected them.

Park acknowledged Tameh has established himself in Canada, renounced the MEK, and showed no evidence he is a danger to Canadian society. "There’s no suggestion that he’s not being truthful when he’s disavowing the MEK. … It was taken at face value that he had renounced it," she said.

As a convention refugee still waiting for permanent residency status, Tameh must apply every year for a permit to work at his restaurant. He can’t vote, apply for student loans or travel outside Canada. He has worked in a cleaning business and for the last year as co-owner of Canteen Mitra, a popular Main Street take-out restaurant serving Middle Eastern specialties.

Molyneaux said Tameh was caught in a limbo between refugee and permanent residency status when processes dealing with applications changed after 9/11.

Canadian Council of Refugees executive director Janet Dench said hundreds of convention refugees — those at risk of human rights abuses in their native countries and protected by Canada — are caught in similar binds, due to the broad definition of security risk in Canada. "Timing can make it complicated. You could be a member of an organization that is non-violent. You leave it, it becomes violent, and you’re inadmissible," Dench said. "Then you often end up with unjustified refusals for permanent residency."

State Department Poised to Raise Chances of War With Iran 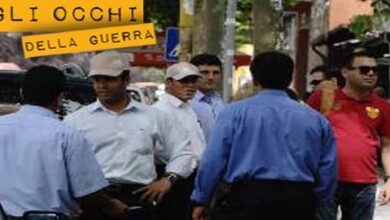 The Mojahedin who are based in Albania 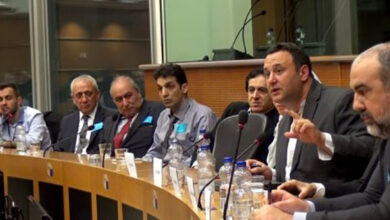 Mojahedin threat for Albania – debate in the European Parliament 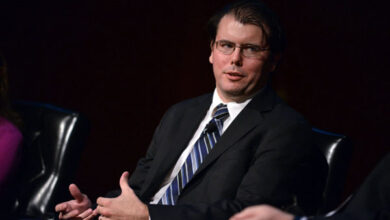 Whitewashing the MEK Makes No Sense