Eight current and former Canadian parliamentarians attended a conference and rally in Paris last summer that was organized by the political wing of an Iranian opposition group that Canada and the United States have designated as a terrorist organization. At least four had some of their expenses covered by supporters of the banned group. The visit shows how difficult it can be for Western politicians to navigate the confusing waters of Iranian politics, where even those opposed to the theocracy in Tehran can be tainted by accusations of violence and human rights abuses.

The National Council of Resistance of Iran staged a massive rally in Paris last June to support its now-disarmed military wing, the People’s Mujahedeen Organization of Iran, also known as the Mujahedeen-e-Khalq, or simply the People’s Mujahedeen. The group invited hundreds of politicians from around the world, and Maryam Rajavi, “president-elect” of the NCRI, met with many of them at her home outside Paris. Canadian politicians who attended included: Liberal MPs Carolyn Bennett, Yasmin Ratansi and Raymonde Folco; Bloc Québécois MP Meili Faille; Andrew Telegdi and Tom Wappel, who were Liberal MPs at the time but are no longer; and Liberal Senator David Smith. David Kilgour, who sat as both a Progressive Conservative and Liberal MP before leaving politics as an Independent in 2006, was also there. Bennett and Telegdi were given a little less than $2,000 each toward transportation, accommodation, and meals. Wappel’s bill for the same totalled $3,780. Smith says he was put up free of charge in a hotel.

The People’s Mujahedeen was officially designated as a terrorist group by Canada’s Liberal government in May 2005. The Conservatives upheld this decision in November 2008. The U.S. State Department considers the People’s Mujahedeen and the NCRI as simply different names for the same organization. Despite numerous requests by Maclean’s, officials with the Department of Public Safety would not say whether Canada distinguishes between the two.

Based in Iraq but with supporters all over the world, the People’s Mujahedeen seeks the overthrow of Iran’s theocracy. It has carried out numerous bombings, military raids, and assassinations in Iran since its founding in 1965. These included the murder of American military personnel and civilians in Iran during the 1970s, as part of its efforts to help overthrow the shah in 1979.

The group found safe haven in Iraq under Saddam Hussein during the 1980s and allied with Iraq in its war against Iran. Shortly after a ceasefire between the two warring nations was announced, in July 1988, the People’s Mujahedeen invaded Iran from Iraq, believing that the Iranian government was on the verge of collapse. The invaders were easily repulsed, and Iran executed as many as 5,000 political prisoners soon afterwards—most of whom were supporters of the People’s Mujahedeen. People’s Mujahedeen fighters based in Iraq also reportedly took part in the Iraqi Republican Guard’s bloody repression of Kurds and Shia Arabs in 1991.

The group has not been linked to any violent acts since 2001 and was recently removed from British and European Union lists of terrorist organizations. The National Council of Resistance of Iran says its goal is the establishment of a secular democracy in Iran. Its supporters include Iranian expatriates, as well as many Western politicians. People’s Mujahedeen members inside Iran appear to be well organized and have passed on intelligence to the United States, despite the official American position that the group is a terrorist organization. This reporter encountered little support for the People’s Mujahedeen among ordinary Iranians during a visit in 2004—though one Iranian political prisoner, in a personal letter, has since praised the kindness of People’s Mujahedeen members with whom he is jailed.

Mohamad Tavakoli, a professor of history and near and eastern civilizations at the University of Toronto, says most Iranians have never forgotten that the People’s Mujahedeen joined forces with Saddam Hussein and invaded their country. “Iranians will not forgive them for that,” Tavakoli says. “Even secular Iranians who have been in opposition to the Islamic Republic, they do not forgive the People’s Mujahedeen and the National Council of Resistance for their collaboration with Saddam Hussein. The mujahedeen and the National Council of Resistance doesn’t have credibility with the Iranian people. It does have some hard-core supporters. But that’s it.”

Critics, including other Iranian opposition groups as well as the U.S. State Department, describe the NCRI as a personality cult built around Maryam Rajavi and her husband, Massoud, who hasn’t been seen in public for years. Several of its supporters, including at least one Canadian, have set themselves on fire during public protests. A 2005 Human Rights Watch report accused the People’s Mujahedeen of severe human rights violations at its sprawling “Camp Ashraf” headquarters in Iraq, before the camp was disarmed by American forces in 2003. These violations included subjecting dissident members who wished to leave to years of solitary confinement, abuse, torture, and, in two cases, murder. (The future of the camp’s 3,500 residents, who include scores of Canadians, is unclear. The Iraqi government wants them out of the country. People’s Mujahedeen members fear they will be jailed or worse should they return to Iran.)

The Canadian delegates to Paris appear to have been aware that they would be attending NCRI events. Wappel described the purpose of his trip to the ethics commissioner as “to meet with representatives of the National Council of Resistance of Iran.” He told Maclean’s that he supports the removal of the People’s Mujahedeen from Canada’s list of banned terrorist groups. According to a press release from the NCRI’s foreign affairs committee, Wappel, Folco, and Ratansi all attended a meeting hosted by Rajavi, where they also pledged to work at getting the People’s Mujahedeen removed from Canada’s list of terrorist groups.

Tavakoli, the University of Toronto professor, says he can understand why Western politicians might want to support the National Council of Resistance of Iran. The current regime in Tehran is illiberal and often brutal. And supporters of the NCRI present themselves as the only viable alternative. “I beg to differ,” Tavakoli says. “They present themselves as a democratic alternative to the Islamic Republic, with the hope of overthrowing the regime. But democratic involvement is really being involved in building grassroots organizations, and they are not interested in that. They view themselves as a vanguard political organization, and vanguards do not have patience for doing the dirty work of democracy. I don’t think the National Council of Resistance, with any kind of stretch of imagination, represents the Iranian diaspora community and their democratic aspects.”

Bennett, Wappel and Telegdi told the ethics commissioner their expenses were covered by the “Iran Democratic Association.” Reza, a spokesperson for the group who asked that his last name not be printed to protect relatives in Iran, describes the association’s members as “supporters and sympathizers” of the NCRI but not formally part of the organization. “As far as I’m concerned and my colleagues are concerned, we believe that this group can realize what our goals are—a nuclear-free, secular Iran,” he said in an interview with Maclean’s. “There is no other alternative that stands against the barbarity of the Iranian regime.”

Although no Conservative MPs attended the NCRI’s rally and meetings in Paris last summer, the group has drawn Conservative support in the past. Paul Forseth, a Conservative MP until his defeat in the 2006 election, has previously attended an NCRI rally in Paris and remains a strong supporter of the group. And in April 2006, Immigration Minister Jason Kenney, then the parliamentary secretary to the Prime Minister for multiculturalism, spoke at a small rally on Parliament Hill held by apparent supporters of the People’s Mujahedeen. A photo of Kenney addressing the group appeared on the website of the National Council of Resistance of Iran. Kenney later claimed he had been invited to give a speech by a group calling itself the Committee for Human Rights in Iran and said he had no idea the group was linked to the People’s Mujahedeen.

Denis Coderre, the Liberal defence critic, didn’t accept this explanation and called on Kenney to apologize and denounce the People’s Mujahedeen: “A terrorist group is a terrorist group,” said Coderre. “Jason Kenney, who likes to play politics and who’s as subtle as Barney Rubble in politics, he should do better than that.” Maclean’s called Coderre’s office to find out how he felt about his Liberal colleagues attending a People’s Mujahedeen rally and taking money from supporters of the group, but he did not respond to a request for an interview. 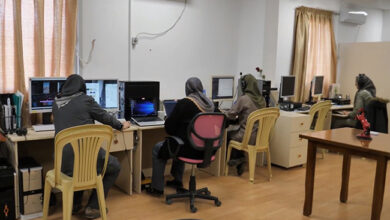