Every year the anti-Iranian terrorist group, Mujaheedin-e Khalq Organization, or MKO, holds a rally in a Parisian suburb to try and present itself as a normal political party. 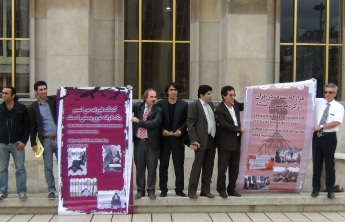 Some Western politicians appear and are paid a hundred thousand dollars or more. Tens of thousands of people attend, but look closely and you’ll see that few in the crowd are actually Iranians.

The day before the group’s rally this year, former MKO members held a press event, which was attended by just one other journalist. The lack of media interest reflects how Europe chooses to ignore the indisputable human rights violations of a group described by former members as a horrific cult.

Even US intelligence admits that the group’s leaders, the Rajavi family has created a cult of personality worthy of Joseph Stalin. From the mass graves recently found at their former camp in Iraq to the total control forced on their few members, the signs of totalitarianism are unmistakable.

Iranians find it hard to believe that anyone could support the MKO, for reasons which anyone should easily understand: the MKO fought alongside ex Iraqi president Saddam Hussein during the Iran-Iraq War; Saddam paid the MKO to massacre thousands of Iraqi Kurds; the terrorist group assassinated Iran’s second president, dozens of political figures and are suspected in the recent assassinations of nuclear scientists.

Last year the US and Canada joined the EU in removing the MKO from their list of terrorist groups. Iranians were shocked by the decision, as was anyone who favors peace in the Middle East.

Despite the MKO’s staggering delusions of grandeur, the appalling testimonies of former members and the undeniable fact of their continued violence, the West is actually increasing its support for the terrorist group. Now the questions are, “Why” and “When will this all end?”.