Dutch parliament criticized foreign and immigration ministries of Netherlands after being informed that these two institutions relied on the reports of the Mojahedin-e Khalq organization, which is listed by the US and EU as a terrorist organization.

The Parliament stressed that the ideology of this organization is not based on Islam but on weapons and assassination and that Netherlands consider that a terrorist group.

Netherlands Parliament emphasized that the decisions of the immigration ministry to return Iranian refugees were based on the reports of this organization.

In protest to these two ministries, Parliament asked for the interpellation of the ministers of these two institutions. It also declared that Netherlands should not rely on the information and reports of terrorists in dealing with foreign countries.

This wrong move by the ministers of Immigration and foreign affairs has put the government in a difficult situation and has brought the suspicion of Parliament about the accuracy of strategic information of the institutions. This comes at a time when Netherlands, along other European countries, is following Iran’s affairs particularly those related to nuclear programs. 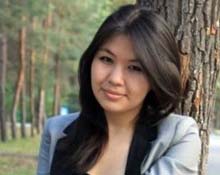 Diary Of An MKO Rent-A-Crowd Demonstrator

Never-Ending Excuses of MKO in Iraq