An interview with Batool Soltani on MKO self-immolations – Part 30

Sahar Family Foundation: Ms. Soltani, you have put your finger on an issue worthy of note, that is, victimizing insiders and sending them to their death. Did they really theorize such issues for the insiders with concretized exemplars from the outside?

Batool Soltani: As for the subjects I mentioned, I have to underline that none of the information would be circulated among the rank and file and there was a strict hierarchical discipline with no leak to the lower ranks. The reactions concerning Zamani’s execution that I mentioned were limited to the members of the Leadership Council. On the surface and among the rank and file you could see what was commonly seen outside of the organization; they were in tears and mourned his death. Massoud and Maryam always insisted on the exigent priority of the Leadership Council and were of the opinion that information had to be restrained within the council. The lower ranks had to only carry out the orders of the top even if the day came when a mass suicide was inevitable. 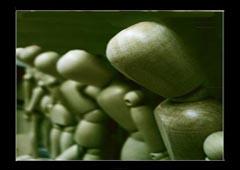 Rajavi believed there was no need to let the lower body be enlightened about the matters discussed in top levels which could mount unnecessary tensions. It was enough to move on a slow path or effusive acts like that of the June 17 immolations. What was of the significance and vital for the organization was to keep rank and file in readiness and ripe for suicide operations through justifications that could be embedded in them from the top. I tell you for sure that if the subordinate members knew the truth and what they plotted at top layers, half of them would detach from the organization; their role was to materialize the chimeras of the leaders. In contrast to them, the higher echelons had the responsibility of constantly testing the inferiors’ loyalty and readiness and lay the groundwork. Even they would be equipped with the prerequisite means of suicide in a practical test to calculate reactions.

SFF: At the present, what means they have ready at hand in Camp Ashraf for committing mass suicides?

BS: I do not now just now, but when I was there any member of the Leadership Council carried at least two cyanide capsules. Wherever they were present, you could find equal quantity of cyanides. Or there were always supplies of fuel, the alcohols reserved for medical uses, and incendiary substances and devices mainly used in celebrations which could all be utilized easily for self-immolations. In general, the organization is potential enough to access to any type of substance and means needed for suicide and immolation operations. Even if you could detect noting kept by the organization, you will be surprised to see how ready they would be when the right time came.

SFF: Does it mean that the organization has still amounts of weapons secretly stored for a day to come?