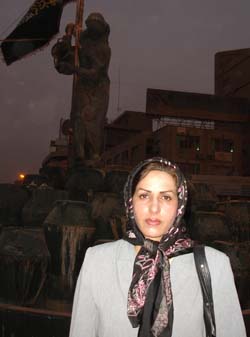 An interview with Batool Soltani on MKO self-immolations – Part 8

Sahar Family Foundation: In our last session we talked about the possibility of a human tragedy. You said that all volunteers had signed a written pledge for self-immolation. The question is to what degree the organization can exploit these signed pledges to stage a human tragedy?

Batool Soltani: This is an issue of high potentiality. In fact, these letters helped the organization have an effective evaluation to plot its future scenarios. They are substructures on which the organization will lay the groundwork for its political strategies. But regardless of these potential means and developing a true assessment of the devoted on whom it can relay, it shows the organization’s own fascination in such activities that are some true aspects of cultic relations. Admittedly, most cults behave according to pre-planned scenarios in their relations with the outside world. It is also the same with Mojahedin.

When a member like Sedigheh Mojaveri commits self-immolation, for sure her feat has been already discussed in detail in higher echelons of the organization. It fails to be an arbitrary decision, not even one percent, to step into the street and set oneself on fire; any instance of unbridled passion is absolutely rejected by the organization and fails to be accounted as an organizationally directed objective.

Frankly speaking, no member of the organization with whatever ranking, being in charge of any post or else, hardly takes a step uncontrolled and uncoordinated by the organization. In a hierarchical order within an organization with tight discipline and very limited internal democracy, the responsible ranks have to be aware of the slightest overt and covert things about the members under their authority and there is nothing kept secret about the members in respect to their status.

For example, I was in England for four years and my massul (the one in charge) was aware of the single moments of my stay there; it was the same with the members under my authority. Hardly can you find an organization with so strong sense of cohesion and tight internal discipline. Consequently, no decision of self-immolation remains concealed from the ranks in charge and nobody ever dares to disobey the organization to engage in any self-motivated act of suicide.

BS: You know, anything in an organization emerges from the top layers and gradually, through a well orchestrated mechanism, is spread to lower layers. It is done so skillfully that after a while those in the top can hardly believe that what is so easily embraced and theorized among the lower ranks is a magnified reflex of what had been originated in the top.

SFF: Now, can you name the first volunteer for self-immolation in Camp Ashraf when it was resolved on the act?

BS: In the department I was, Mojgan Parsai was the first who broached the subject and she was also the first volunteer. Her first sentence to begin was ‘It is worthwhile to set on fire whatever we have in Camp Ashraf for Maryam’s freedom’. Of course, what she said was another interpretation of Massoud Rajavi’s message stating that we had to make use of all our facilities and potentialities wherever we were to set Maryam free. He would say any Mojahed breathing on this planet had to be ready to sincerely sacrifice and set on fire whatever he had for the sake of Maryam. Thus, it all began in the echelon of the Leadership Council and the enthusiast slid down to the lower layers. It is also the same with other issues. Consider, for instance, they want to elect a first secretary.

The candidate would be elected in the first layers of the Leadership Council but remained secret. Idiomatically they would say ‘let the string of anything loose and it will unwind to the lowest layers’. They meant that whatever they decided on would be indirectly conveyed to the lesser ranks down to the bottom where it again quickly and energetically bounces back to the top layers as something new. Now it was our time to galvanize them into action and arrange a formal meeting to elect the one we had already decided on. None of the members present at the meeting knew what was really going on and how they had been inculcated to vote for Mojgan Parsai or Sedigheh Hussaini for example. Anything would end happily. On the one hand the top layers had picked up their favorite one and on the other hand, it would be propagated that a candidate had been elected through a totally democratic process. Everyone thought that his/her has been respectfully accomplished. Now suppose that somebody from the top layers had decided to commit self-immolation.

The decision had to be discussed in detail in all three layers of the Leadership Council before being approved by the first secretary and the leadership. I mean to say again that nobody with whatever ranking and organizational status, even if a proxy for the leadership, could take a perverse and decisive action or decision for whatever personal and organizational objective. Only those familiar with the layers of the Leadership Council can understand what I mean.

Systematically, when one from the top volunteers for self-immolation, as I did, it denotes that the person has grabbed at the loosed string whether he accedes to it or not. When I myself unwillingly volunteered for the act, in fact, I was sizing the string Mojgan Parsai had let down to let it pass to lower levels. It was only a reaction to what the organization tried to instill into the members. When I saw how devoted Mojgan was when she announced her readiness to burn herself for the sake of Maryam, although I did not know how sincere she was in what she claimed, naturally it could impress me to be the second to volunteer. Of course the sincerity is not at all a matter of any significance but the enthusiast and incitement such an atmosphere created among others.

Now the question is how the incitement could provoke the human tragedy you mentioned. Through the same mechanism of the idea being passed down from the top to the down, the crystallized ideas in the lesser layers very easily generate actions and the created enthusiast erupt into actions that may lead to human tragedy. It is much expected among the lower layer than the top since the rank and file are more emotive and impulses from the top easily impress themselves on them. Of course, you may notice that the top layers never fail to show off their emotions but for sure they are rational and reasonable when they have to act.

That is why they are the first to volunteer but hardly the last to put the words into action; unlike them, the lesser layers are resolute not only to do what they volunteer themselves for but also enter a compete and try to outstrip each other. That is how it may end to a human tragedy in its worst form. When I see that a ranking member like Mojgan Parsai volunteers for self-immolation, what do you expect of me as a subordinate! To be sure, as I have been already notified, I will not be the one to set myself on fire when the time comes because I know they will never let me harm myself as one belonging to the higher echelon. However, the occurrence of a human tragedy inside Camp Ashraf depends on Massoud Rajavi’s will and a number of other factors well identified by him to trigger the disaster. And it is all because of the strategically decisive role Camp Ashraf plays in Mojahedin’s existence and survival. So important an issue it is for Mojahedin that it requires a long discourse.