Daesh and Mojahedin both are from the same gender

first of all, we would like to inform you that the Iran-Ghalam club consist of the former members, critics, and specialists in Rajavi cult’s affairs with more than 20 years record of service in People’s Mojahedin Organization who had separated from this organization because of criticism which they had to its violent and terrorist strategy and its cultish structure begotten by Massoud and Maryam Rajavi, and now we are living in Europe and we are active in humanitarian affairs.

We declare our gratitude and sincere congratulation regarding to non-participation of you gentlemen Robert Ford and Daniel Benjamin in subcommittee session of congress which was convened on 29-April-2015 with participation of Mrs. Maryam Rajavi the leader of Rajavi cult through video-conference for testifying about Daesh or the Islamic State.

Your participation, as the former officials of the US state department who have enough recognition of international relations and the terrorist infrastructure of PMOI, in the same panel with Mrs. Maryam Rajavi to testify about the bloodthirsty and slayer group of Daesh, was going to fortify the terrorism and violence in the Middle-East. We should ask other participants in that panel with Mrs. Maryam Rajavi that how is the participation of leader of a terrorist organization in this panel who has led more than 100 terrorist operations can help to reduce violence and terrorism begotten by Daesh and Islamic State?

Mr. Robert Ford by asking a question that what do Mojahedin know about Daesh? and Mr. Daniel Benjamin former coordinator of counterterrorism section in US State-department in an Email to the News-Website , Al Monitor wrote, no one seriously can deny that the hands of Mojahedin is smeared with blood of Americans . Not only they participated in killing of military and non-military personnel of USA in Iran and participation in seizure of American embassy in Teheran and serving as a strike-force for Saddam Hussein but also they have dictatorial attitude and behavior against their members.

Mr. Daniel Benjamin, invitation of Maryam Rajavi by the head of the subcommittee, called shameful and reiterated and emphasized that this organization will not do any good in our discussion.

Mrs. Maryam Rajavi who was invited for this session in the subcommittee of fighting with terrorism by Ted Poe the republican representative from the state of Texas to give her speech about Daesh through video-conference from Paris.

Mrs. Rajavi in her speech for fighting against fundamentalism and terrorism indicated to 7 topics as follows:

1) Expel the Quds Force from Iraq and end the Iranian regime’s influence in that country;

2) Enable full participation of Sunnis in power sharing and arm Sunni tribes to provide security for their communities;

3) Assist Syria’s moderate opposition and people to end Assad’s regime and establish democracy in that country;

4) Recognize the Iranian people’s aspirations to overthrow the mullahs and end inaction vis-à-vis the gross human rights violations in Iran.

5) Provide protection for, and uphold the rights of members of Iran’s organized opposition, the MEK, residing in Camp Liberty in Iraq.

6) Empower the true, democratic and tolerant Islam to counter fundamentalist interpretations of this religion; and

7) Block all pathways for the Iranian regime to acquire nuclear weapons.

Mrs. Maryam Rajavi in her speech did not mention anything about Daesh and its leader , leadership, forces and severe breach of human rights which happens wherever Daesh goes specially about women , why did not she?!!

We ask you, which organization is responsible for the connection between the remnants of Saddam Hussein’s government and daesh in Iraq? with no doubt , one of its financial and logistical nets is PMOI(MKO, Rajavi cult). If is not, why Maryam Rajavi insists on staying in Iraq?!!

what is the connection between providing security and taking their arms back, which has been requested by Mrs. Maryam Rajavi , and finding solution to eliminate Islamic State or Daesh in Iraq? It’s irrelevant!!

Our question as the former members of this dangerous and vicious cult from this subcommittee regarding to invitation of Mrs. Maryam Rajavi is that inviting the leader of Rajavi cult which till 3 years ago was in the terrorist black list of the US state-department

it has cultish internal relations and it does not tolerate even the smallest criticism to its cult and it threatens or lure the person who dare to criticize or beat him/her up .

the cult which in terrorist-operation of 9/11 on US soil called it as a revolutionary act and called all those terrorists from al-Qaeda who planned and carried out the operation as martyrs and for the massacre of more than 3000 innocent American men and women who lost their lives , threw party and celebrated in its garrisons in Iraq.

The cult which calls its members’ families as agent, spy, special force (commando), and slayer and ….etc !!!!And in this regard it does not allow its members to have even 5 minutes of meeting with their families and loved ones.

With all those facts mentioned above, can you count on the leader of a terrorist cult as specialist and expert in subcommittee of US congress to solve the Daesh and Islamic State phenomenon?!!!!!

Why such a cult with lots of money and resources and diversity of lobbies throughout the world has not done anything in replacing its forces, more than 2500 men and women who are stranded and stuck in Iraq, from Iraq to a safer place to save them from Daesh bloodthirsty group?

Do they really care about the life of those 2500 men and women or they prefer those 2500 men and women be sacrificed so they can take political advantage of their sacrifice in Iraq!? Really, with all these facts can she and her cult be part of the solution regarding terrorism and Daesh phenomenon when she was calling those savages and man-eaters as revolutionary nomads and popular revolutionary forces?!! Is not it shameful??

We, as victims of this violent and bloodthirsty cult, condemn inviting such person, who does not believe in democracy and freedom, in subcommittee of US congress. Non participation of you gentlemen in the same panel with the leader of this cult in US congress is sincerely and truly welcomed.

Maryam Rajavi in the end of her speech quoted from George Washington and said, the harder the conflict the greater the triumph,

Well we believe so, but when it happens that, all forces who are participating in the war against their enemy such Daesh, are pure and they do not have the same gender as daesh. Massoud Rajavi calls himself as a spiritual leader of mojahedin and muslims while Abobakr Al- baghdadi also calls himself as khalifeh or the spiritual leader of muslims and Daesh’s mojahedin. both of them call themselves the permanent religious leader and they believe that their orders are the god’s will and disobeying their orders mean hell , destruction, and death!

Quoting from George Washington from the leader of a cult who has a dark history and record in terrorism in subcommittee of US congress is very shameful.

We the members of Iran – Ghalam Club thank you gentlemen Robert Ford and Daniel Benjamin and wish you both success and victory in your objectives and also we would like to announce our severe criticism to Mr. Ted Poe the Republican representative of Texas. 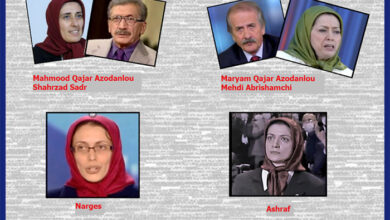 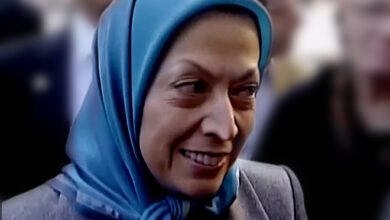