Mr. Mir Bagher Sedaghi has been seeking to find a way to visit his brother who is living at Mujahedin-e khalq 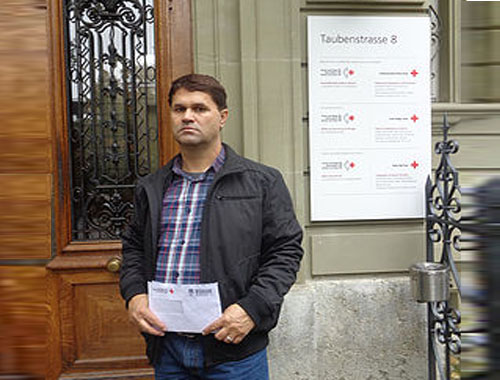 He perused the issue through the Red Cross office of Bern.

The Red Cross officials reported him their several months of perusing the case, last week.

“ the MEK is a closed cult. They don’t allow us to contact the members of the group. We couldn’t contact any member of the group. We just could hand the letters to the MEK officials. However we know that the letters have not reached the members.  The MEK members in Albania are not allowed to have phone, Internet or TV. They have no access to the outside world and we can do nothing for them. …”