Having been completely relocated in Albania, the Mujahedin Khalq Organization (the MKO) is making futile efforts to reestablish its cult in the new hosting country. This is while a large number of members of the group 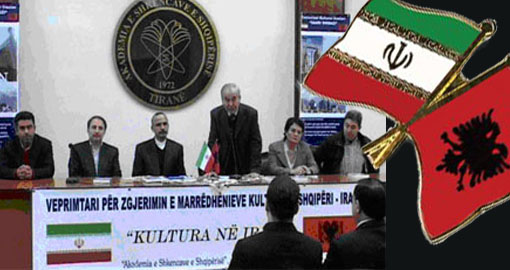 have left it immediately after their resettlement in Albania. Besides, recent news on relations of the Iranian and Albanian government is not good news for the group.

On october19, the new Iranian ambassador in Tirana met Albania president Bujar Nishani. In the meeting to receive Gholamhossein Mohamamdnia’s letter of credentials, Nishani called Iran a great country with a rich culture and history. “Economic and cultural exchanges between the two countries are of great value to Albania,” he said.

According to the news media, both presidents emphasized on the expansion of cultural, political and economic ties. However, the news of Iran–EU newly-established relation based on nuclear deal seems to be worse than the news of Iran- Albania warm relation because the MKO lobbying groups and propaganda have spent too much to gain the support of certain EU countries.

The European Union’s foreign policy chief Feredrica Mogrini had previously stated that the EU member states once again wanted to become Iran’s biggest trading partner. Thus, the cluster matchmaking event with the aim to foster cooperation between clusters from Europe with Iranian clusters, industrial associations and development agencies was held on October 17th and 18th, in Tehran.

The normalization of the ties between   Iran and Europe and Albania have left the MKO in a state of desperation and impasse. To break down such a condition, the MKO leaders have no way out except imposing more pressure on members. The cult jargons to indoctrinate the rank and file have been intensified in Albania. The group leaders are seeking new fraudulent tactics to maintain members inside the cult.

Furthermore, having lost their financial sponsor Saddam Hussein, the group authorities have to rely on new investments. Opening fast food restaurants in Tirana might be a last resort to earn money via a righteous way – selling Iranian national interests to the enemies of Iranians, have been so far a more common way to earn money used by the MKO.