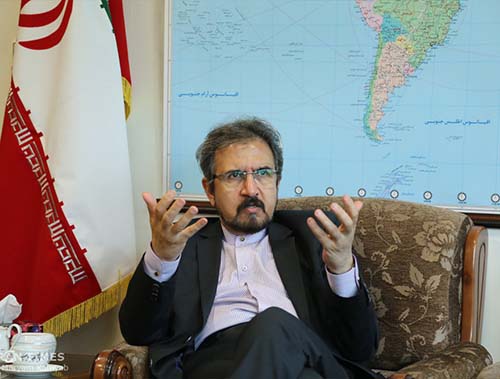 “The complementary status of Iran’s economy with those of certain European countries” has, among others, provided a fertile ground for economic cooperation to flourish, he tells The Tehran Times.

In what follows, a full transcript of the interview has been given:

Q: How do you evaluate the current state of Iran-EU relations and its future? What is symbolic significance of the new deal between the National Iranian Oil Company and France’s Total?

A: Presently, relations between Iran and Europe are in a favorable condition. Iran and European countries, or generally the European Union, have many things in common in terms of politics, economy and even culture, despite having some disagreements which might be rooted in cultural, historical, and geographical differences between the Christian Europe and the Islamic Iran.

Given the long history of Iran’s relations with this continent’s important countries; absence of negative public opinion among Iranians towards certain important European countries such as Germany, Italy, Spain, Sweden, France and so forth; the complementary status of Iran’s economy with those of certain European countries; a considerable number of Iranian diaspora in the continent; industrial, technical and financial opportunities in many EU countries; a more realistic understanding of Iran’s place in the world among Europeans and their attentiveness to Iran’s history, culture and civilization have all provided the opportunity to explore more avenues for cooperation.

Therefore, if Europe manages to remain unaffected by some ups and downs as well as certain international developments according to its independent European outlook in analyzing the situation in Iran and the region, one can be hopeful about the future of such relations and expansion of ties. Of course, after resolving Iran’s nuclear issues within the framework of negotiations between Iran and the 5+1 group, Iran’s economic relations started to flourish. Such trend is speeding up.

Of course, at the wake of BARJAM (the Persian acronym for the Iran nuclear deal), the groundwork was laid for big European and non-European companies to cooperate with Iran. Given their take on Iran’s status and potential, these companies are making attempts to make a comeback to Iran’s lucrative market.

Total’s return to Iran in the current situation is an example of this. Its presence in Iran, in addition to being an economic activity or cooperation, conveys a message that sanctions have come to an end in Iran, and Europe is determined about continued implementation of BARJAM. This shows growing awareness about Iran’s vital status as a stable, wealthy and influential country in the region and world.

Q: What’s your analysis of the recent report by the UN secretary general to the Security Council regarding Iran’s compliance with BARJAM and isolation of the U.S. at the council?

A: At the recent meeting in the UN Security Council, an opportunity was created for the world and perceptive political and international analysts to see how the European countries defend the continued implementation of BARJAM and cooperation with Iran, while observing America’s isolation as well as its abstract and unrealistic and hostile outlook [toward Iran].

Q: Despite the rapidly increasing ties between Tehran and Paris, Foreign Minister Zarif has described the Mojahedin-e Khalq (MEK or MKO) organization as a “moot point” in mutual relations. Has Iran expressed concerns over this issue to the French government? If so, have they responded?

A: It seems that the French government should have come to an understanding about Mojahedin-e Khalq as an extreme and violent group with a repugnant record heavy with terrorist activities, and should clear up this ambiguous point in mutual relations. Needless to say, the Iranian people know that such a retrogressive and decadent organization with reactionary beliefs, whose history is filled with terror, killings and sectarianism, has died long time ago. Despite the growing relations between the two countries, this is a moot point in the French government’s record because terrorism and violence and anti-terrorism battle is not limited to one specific group or region. Tehran’s protest to Paris is for France’s double standards.

Q: A Canadian court of appeal has upheld a previous ruling by a U.S. court, which required Iran to pay around $1.7 billion in damages to “American victims of terrorism.” What’s your reaction?

A: The Islamic Republic regards recognition of U.S. courts’ rulings in absentia as counter to the international judicial norms in such cases. Principally, the issuance of a ruling against a foreign country runs counter to the principle of equality of states and is in violation of their immunity under international law. The Islamic Republic of Iran reserves the right to oppose the ruling and follow up on it. Obviously, irrespective of internal power divisions in Canada, the Canadian administration would be directly liable for any possible material and spiritual damage caused by various branches of the country as a result of such measures.

Q: The Qatar crisis still remains unresolved. Since the crisis, what role has Iran played through consultations with other countries? In case the situation worsens, how would Tehran react?

A: Iran attaches great importance to the security and stability of the region and since the beginning of the Persian Gulf crisis, the Islamic Republic has been in extensive consultations with various countries in the region and across the world. Given the numerous wars and conflicts in the region in recent decades, it cannot endure another war or crisis. Iran has always endeavored in the path of peace, stability and security of the region. We hope that the problems among countries get resolved through dialogue and peaceful means. We wish for peace, political and economic development and safety of our neighbors and other countries across the world.

Q: Would tension between Iran and Saudi Arabia intensify now that Mohammed bin Salman, who is hostile to Iran, has been promoted to the position of crown prince?

A: Iran is not interested in heightening tension with Saudi Arabia, and hopes that the rulers of that country come to the realization that with increased tensions and hostility, they would lose more than others. Undoubtedly, history has taught all countries, especially in the region, that relying on trans-regional powers would not bring security and stability. Stability and security cannot be bought. Stability and security are possible through interaction with neighbors and in a context of multilateral regional cooperation where all countries get involved. The appointment of the new crown prince in Saudi Arabia is an internal affair of that country.

Q: Have there been consultations between Iran, Turkey and Russia on deploying forces in Syria’s de-escalation zones?

A: In the expert meetings, the three countries have discussed the issue comprehensively.  Once the process to establish de-escalation zones is over undoubtedly all three countries will announce the agreements and mechanisms through which they reached an accord.

By Ali Kushki and M.A.saki 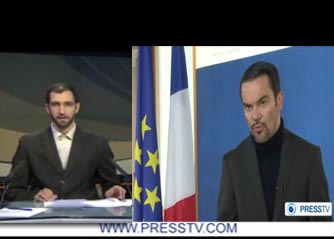 New Plans by the Cult