When the deadliest terror outfit Islamic State was on its last legs in Iraq, fighting with its back to the wall to save its bastion of Mosul from where it had declared its Caliphate more than two years ago, the alliance that defeated the militant Islamic State group was found to have aggregated strange bed fellows. This is strange but true that apart from the Iraqi army the Iran-backed militias were also fighting alongside the US forces even though the US may not have the courtesy to praise Tehran for having stood shoulder to shoulder with Washington in such an important military effort. 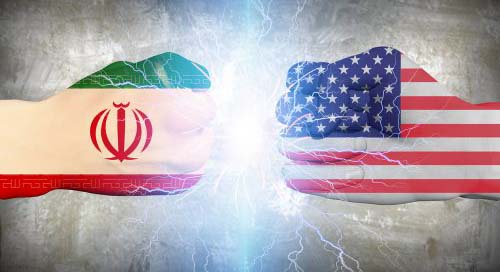 In March 2003, after invading and sweeping through Iraq, the US forces were apprehensive of an insurgency and desperately needed to know the strength of Al Qaeda presence in the country and to what extent it was behind such resistance. Post 9/11, Al Qaeda was US enemy number one and Washington was sure of some senior Al Qaeda operatives including Osama bin Laden’s relatives hiding in safe haven Iran. Shia Iran provided sanctuary to these Sunni jihadists probably to secure a diplomatic card for use in the future. Iran made an extraordinary offer to swap Al Qaeda’s military council and bin Laden’s family in exchange for the leaders of Iraq-based cult, the People’s Mujahideen of Iran or Mujahideen-i-Khalq (MEK), that opposed the Iranian government. Strangely, the Bush Administration turned down that opportunity.

The history of the MEK’s brush with Iran explains the depth of the US hostility to Iran. MEK was active in university campuses during Iranian revolution and combined Islamic revolutionary fervour with leftist zeal. The group had killed Americans even before the revolution and was fully involved in the 1979 siege of the US embassy even though Washington subsequently accepted it as a potential source of opposition to the Iranian clerical regime.

US Secretary of State Hillary Clinton heeded to a lobbying campaign in 2012 to officially delist MEK as a terrorist organisation. Now it has an office in Washington as it consistently scouts for and receives support from prominent political luminaries though they are wary of backlash from the electorate as the MEK had killed Americans.

The US should better rise above the mutual vitriol and set aside its current hostility to Iran who’s Shia Islamists are more natural allies than the jihadi sponsor Sunni states. Despite being the butt of American hatred. young Iranians adore Western values while Sunni youths in the Middle East harbour far greater distrust of the West than their Shia equivalents. After all, the 9/11 attackers came not from Iran, but from Sunni states like Arab and Yemen.

America’s visceral hatred of Iran, especially of its clerical regime, knows no bounds. Such hostility, nay loathing, could be traced back to siege of the US embassy in Teheran in 1979 which heaped humiliation that has left an indelible mark. Washington got over far greater humiliations at the hands of the North Vietnamese as subsequent US presidents visited Hanoi thereafter, why can’t it forgive Iran.

Post Saddam Iraq is too debilitated to trouble Israel which perceives the most significant threat to emanate from Iran. This explains continued US opposition to Iran just in support of its closest ally Israel. USA is always in need of a villain to appear heroic as Russia and Iran perfectly fit the bill. Since there are no permanent enemies or friends, but permanent interests, the US must make use of the evolving opportunities to befriend Iran.

If Saudi Arabia could patch up with Israel, why not Iran? Winston Churchill once told that Americans can always be counted on to do the right thing – after they’ve tried everything else. Iran is credited with fierce independent thinking; hence its policies do not necessarily tow the superpower line. Iran has the culture, the erudition and the population to dominate West Asia and is less likely to offer the US access to Iranian oil fields and resources.

But Iran could prove to be a better ally of the US than the Gulf Arabs, even Israel, in the long run. Israel’s interests have so far prevented a thaw in US – Iran relations.