We Hate Mojahedin-e Khalq: SNS Respond to a Conference of the Iranian Opposition 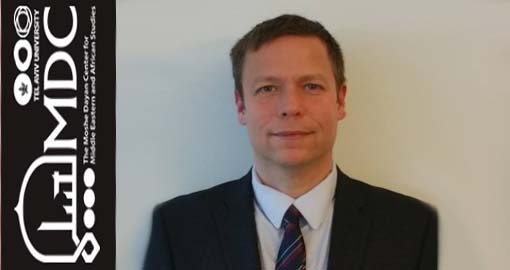 In early July, Iran’s National Resistance Council, the political wing of the opposition group Mojahedin-e Khalq (MEK), held its annual conference at the Villepinte Exhibition Center in a suburb of Paris. The conference sparked angry reactions and public criticism on Iran’s social networking sites (SNS). This anger was exacerbated by Saudi and US representation at the conference, which was seen as evidence of Saudi and American efforts to instigate political change in Iran through compromising support of a terrorist organization widely considered traitorous by Iranians. 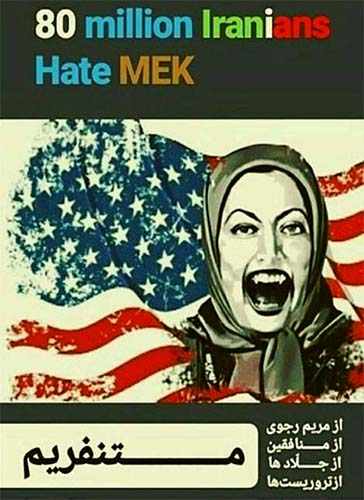 MEK’s ideology combines Shi‘ite Islam with Marxism. During the early 1970s, the organization emerged in opposition to the Iranian monarchy. The United States and the European Union previously designated MEK as a terrorist organization due to its involvement in terrorist attacks in Iran, with several attacks against Western (including American and Israeli) targets. Shortly after the Islamic Revolution in 1979, MEK and the new regime fell into severe conflict, with the regime implementing strongly suppressive measures against MEK. As a result, the organization transferred most of its activities to Iraq, where it aligned itself with the Saddam Hussein regime. In the 1980s, during the Iran-Iraq War, MEK even participated in several Iraqi army operations against Iran. As a result, MEK was left with very little support in Iran proper, with many Iranians considering MEK activists traitors. In recent years, there has been no evidence of the organization’s involvement in terrorism. Instead, it focuses mainly on political activity in Europe and the United States aimed at enlisting support for regime change in Iran. Nonetheless, critics believe this political activity is merely a façade.

This year’s annual MEK conference was chaired by the organization’s leader, Maryam Rajavi, and attended by hundreds of participants from around the world, including Saudi Prince Turki al-Faisal, who formerly served as head of Saudi intelligence, as well as largely hawkish former US officials, including the former ambassador to the United Nations John Bolton, former US Senator Joseph Lieberman (Ind.-Conn.), and former New York Mayor Rudy Giuliani. In their speeches at the conference, these senior officials harshly criticized the Islamic republic, accused it of supporting terrorism, and called for regime change in Tehran.

The conference aroused strong reactions in Iran. Iranian Foreign Minister Mohammad Javad Zarif, who ended an official visit to Paris on the eve of the conference, criticized France for permitting the opposition group to operate within its borders, saying that regional and European countries are well aware of MEK’s terrorist activities.[1] Ali Akbar Velayati, the Iranian Supreme Leader’s advisor on international affairs, emphasized that hosting terrorists would not contribute to regional or international peace.[2] On SNS, thousands of Iranian users mobilized a virtual campaign against the organization using the English and Persian hashtags “Iran hates MEK” and “No to MEK.”[3] The posts included insults and slurs against members of the organization accused of causing the death of thousands of Iranian citizens. Users contended that MEK is a terrorist organization entirely unrepresentative of the Iranian people, and devoid of popular support. They stressed that opposition to MEK unites Iranians, regardless of ideology or political outlook. As one user tweeted, “There is no difference between conservatives, reformists or independents! We all agree on hatred for Munafakin [a derogatory term for the MEK, meaning hypocrites or false Muslims].”[4]

Predictably, the main criticism of the organization was based on its alignment with the Iraqi regime during the Iran-Iraq war. Iranian users called MEK members “betrayers of the homeland” and “traitors,” accusing them of collaborating with the Ba‘ath regime’s chemical attack on the citizens of Iran during the summer of 1987. “When Iranian women and children trembled in fear of Iraqi missiles, the MEK drank faludeh [a cold Iranian beverage],” wrote one commenter.[5] Many users emphasized that the Iranian people would neither forget nor forgive the organization for its historic misalignment.

Along with expressions of hatred towards the opposition group, users also attacked its supporters in the West and Saudi Arabia. Many users compared MEK to ISIS, arguing that there was no difference between supporting the Iranian opposition group and supporting the Islamic terror organization. Western support for MEK, spearheaded by American politicians close to the current administration, was considered further proof of the West’s hypocrisy. Critics contended that while Western countries claim to defend democracy and human rights against terrorism, they perpetuate a terrorist organization responsible for thousands of innocent civilians’ deaths, and for serious human rights violations in internment camps it operated in Iraq. “Trump administration wants to back an Islamist terrorist cult (MEK) to bring democracy to Iran. What a sick joke,”[6] tweeted one user. Meanwhile, Saudi support for this opposition group reignited Iranian hostility towards Saudi Arabia, which has been the target of Iranian users’ hatred and racism for the past several years of worsening relations between the countries. “Saudi Arabia supports Maryam Rajavi as leader of Iran, but within Saudi Arabia women have no right to drive!” read one tweet.[7]

The angry reactions aroused by MEK’s conference in Paris attest to the intensity of the hostility towards the organization among Iranian citizens, including critics of the regime. Most of the Iranian public view the organization’s conduct since the Islamic revolution as a series of treacheries that climaxed with the organization’s support of the Saddam regime during the Iran-Iraq war, which remains a traumatic memory for Iranians. Therefore, Iranians consider any support for MEK to be an illegitimate offence against national pride. The Iranian public’s aversion to foreign interventions and allies of Iran’s enemies sporadically captivates SNS discourse,[8] as exhibited by the conference’s backlash.

[8] In this context, see Iranians’ responses to a letter in which Iranian activists in exile urged US President Trump to adopt an aggressive policy towards Iran .Raz Zimmt, “Critics or Traitors? Responses to Iranian Exiles’ Letter to Trump,” Beehive, 5(1), January 2017,