Mujahidin-e Khalq Organization held a meeting in Paris. The meeting is a propaganda for survival rather than making a practical measure or plan and future objectives. 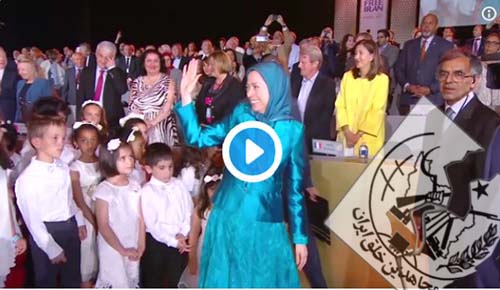 Actually, what just Mujahedin want to say, that also costs them millions of dollars, is that we still exist and the enemies of Iran can invest on us to fight the Islamic Republic of Iran.

It should be noted as Mujahedin themselves know that pro-MKO intelligence services estimated Iranians have deep-seated hatred towards the organization. Plotting issues such as an alternative to the Iranian regime, its overthrow and …are just in publicity levels. Altogether, the organization with all of its factors, capacities and possibilities is an opposition to the Islamic Republic. So, Iran’s enemies have to strengthen groups such as MKO, hoping for some kind of nuisance.

However, it should not be expected a vast impression for MKO and its meeting in Paris. The radius of this move has not go further than Villepinte hall and a couple hour media advertisement before and after the meeting. Reviewing this meeting can explain the glitter of this ad.

A glance at the media movements and the organization’s supporters reveal that all the participant and well-known politicians who attended the group’s gathering believe that they have been retired and they do not expect to back to power that make such a deal with MKO.

John Bolton, Gingrich, Lopez, Turki al-Faisal and so on, all of them have no longer a position in the power structures of their respective countries and merely see attending MKO’s meeting as business. The difference is the position and history of each of these politicians is effective in increasing or decreasing the amount.

Looking at the checkbook of Mujahedin, it would be realized that they spent 80,000 dollars for a two-minute speech in some cases. The thing is, MKO members write their speech notes. More precisely, speakers are reserved for an hour in MKO’s meetings.

Rudolph Giuliani attended the recent MKO’s meeting in Villepinte. His behavior is an example that these people do not care to sabotage their political future for business. Giuliani, the former mayor of New York City, intended to take a post in Donald Trump’s cabinet after he took the office. Therefore, he kept his distance with the organization and its campaign, but his presence at the meeting shows that he do not hope to back to power so he returned to his old business.

The crowd present at the hall mostly were European tourists and some homeless people except organization’s official and associated members in Europe who usually sit in first lines. Some of them don’t know anything about politics and even don’t have the slightest connection with the issue. They came to the meeting that they were promised a one-day trip to Paris with a transfer fee, free food, and even some pocket money. Many European students or asylum seekers who attended the meeting in the past years talked about its quality. It reveals that Mujahedin don’t have enough people in Europe, even to fill Villepinte hall.

Of course, Mujahedin became smarter this year and bring figures from East Asia, West Asian Arabs, and Afghan and Pakistani nationals instead of colored people who were found abundantly in the meeting each year. So it created a more common face for its meeting.

Digits that have been published from the meeting, indicate that each refugee daily receives about 30 to 50 euros plus free food, and whoever could bring 20 to 30 people to the meeting will get around 1,500 euros.

There are always some institutions and associations that issued a statement in support of MKO or signed Mujahedin’s petition and statement.  An interesting point about these institutions, which generally are related to the countries that MKO agents are active in, is that there isn’t any well-known individual in these institutions and they didn’t do anything except supporting and confirming Mujahedin.

These two reasons from among dozens of other signs prove that these associations, as previously seen in MKO’s activities, cover division organizations that don’t have any background except a name and a registration, and don’t have any other use as well.  The covering institutions are used to show a widespread supporting circle for the organization. In the past, they are also used to get money in the form of charity in the name of different damaged groups; but they worked in the favor of the terrorist organization. However, this method is still active in the European region.

“Syria’s solidarity with the grand gathering of resistance in Paris” is a massage issued by these institutions at the recent meeting. Like before, it don’t has a specific background and isn’t supported by well-known people.

Meanwhile, the existence of a real association and forum can also be investigated in Paris. A cohort consists of the separated members of this cult want to put an end to the terrorist activities in the heart of Europe, by disclosing hundreds and perhaps thousands of pages of documents and evidence. These people are the living evidence of human rights abuses, assassinations, torture and … committed by the organization. Now they are working on their own for the fight against this organization.

The final victim is France’s safety!

The missing MKO leader Massoud Rajavi was remembered viewing an archival footage at this year’s meeting. MKO leader Maryam Rajavi has entered the hall while she was escorted by 15 male and female bodyguards. It show that hypocrites do not feel safe, this year!

The French should worry most, about the safety! France and especially Paris has been involved with the terrorist attacks in the past two years. Today’s security situation is a matter of concern. Under these conditions, a group of 30 years of terror and crime freely commutes and holds a meeting there. Not in-depth review, it’s easy to understand that obtaining such a wrong approach threatens the security of the whole country!

Iraq, in the heart of crisis and terror, expelled terrorists to restore its security, it throw out the MKO agents forever who conducted numerous terrorist operations in the country. In such circumstances, it shouldn’t be so hard to understand for the French government that giving terrorists an opportunity now will affect the French nation someday.

In the end, closing the Mujahedin case requires a real determination. Western governments, including France, can be its main pillars, in one condition, that they put the real fight against terrorism as the decision criteria rather than their political objectives.