John Corny , Senator Roy Blunt and John McCain can you explain to the over 4,000 dead US servicemen and womens’ families whose loved ones lost their lives in Iraq because you wanted to attack Saddam for supporting terror groups like MEK ( photo) how you now promote the same terror group as freedom fighters in Iran? Have you no decency?!! 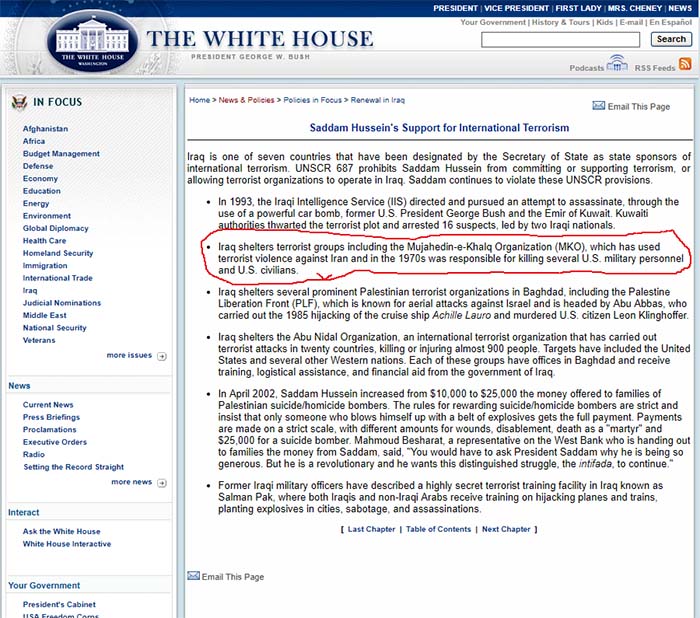 (Iraq shelters terrorist groups including the Mujahedin-e-Khalq Organization (MKO), which has used terrorist violence against Iran and in the 1970s was responsible for killing several U.S. military personnel and U.S. civilians)