plus A terrorist group called MEK or Rajavi cult

Only Israel and Saudi Arabia, which have both been accused of committing war crimes, have welcomed Donald Trump’s decertification of the nuclear deal and his insulting language against Iran. 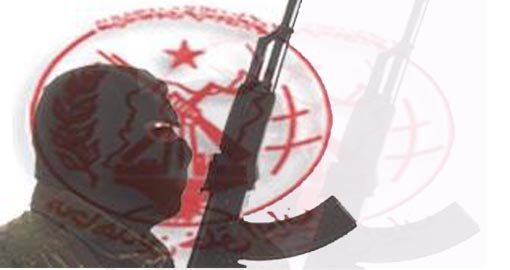 Mojahedin Khalq Organization (MKO), a cult and violent group which is responsible for the death of large numbers of Iranians and joined the Saddam Hussein army in its invasion of Iran, also backed Trump’s in his new Iran strategy announced on Friday.

According to the official Saudi Press Agency, in a telephone conversation, King Salman “affirmed the kingdom’s support and welcomed the firm strategy announced by Trump towards Iran and its aggressive activities and support for terrorism in the region and the world.”

Saudi Arabia, which unreasonably feels humiliated and cornered by the nuclear deal, has been ridiculously seeking to blame Iran for its ideologically driven policy in the form of Wahabism which its ramifications have spread almost all around the world in the form of extremism and terrorism.

The al-Saud family, whether like it or not, the name of their country is synonymous with terrorism and extremism. By leveling charges against Iran they will not succeed to whitewash their name for inflaming religious fanaticism. It is just enough to know that their country is the birthplace of al-Qaeda; the Taliban of Pakistan and Afghanistan were trained in the Saudi-funded madrassas in Pakistan; and also 15 of the 19 hijackers in the 9/11 attacks were Saudi citizens.

Also, support for Trump by the Israeli prime minister, whose regime has been repeatedly accused of war crimes and crimes against humanity against Palestinians in reports given by the United Nations, is one of the great wonders of our time.

The supports by these two countries show the extreme degree of imprudence that President Trump and some of his loyalists have taken toward Iran, particularly their approach toward the 2015 international nuclear agreement which has also been endorsed by a UN Security Council resolution.

However like himself, Trump’s inner circle are extremely biased and stupid. For example, the State Department spokeswoman Heather Nauret wrote a tweet on Oct. 15 surprisingly saying support by Israel and Saudi Arabia showed that “we are doing something right”.

It is shameful that Trump is being praised by a regime who has taken the Palestinians’ lands in contravention of international law and a Medieval-run kingdom who is both the ideological mother and logistical supporter of terrorism through its abundant oil money. This shows how much Trump is hotheaded.