Mr. Asghar Mohammadi Kamyab was a 18- year old soldier at Iran-Iraq war fighting the invading forces and defending his countries’ soil. In 1986 he was captured by the Mujahedin-e Khalq forces.

Since then Asghar’s family succeeded to visit him just once in 2002 under the severe control of the MKO elements. Asghar’s mother says:” I couldn’t talk to my dear son alone, still his eyes revealed everything. He was full of anxiety, hopelessness and distress… . Though I could understand my son’s feelings, I could do nothing… ” 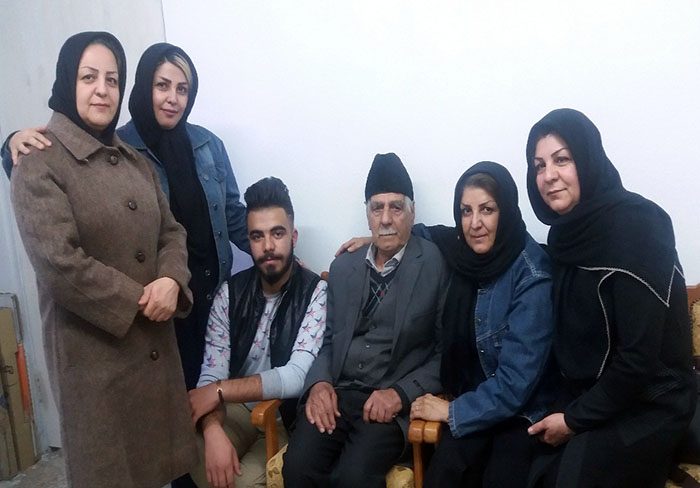 In July 2017, the Kamyab family went to the MKO Camps once more to visit Asghar or at least get a news of him. However the cult leaders did not let them meet.

This week Kamyab family came to Nejat Society Office of Zanjan Branch to be aware of the Cult members’ situation in Albania and how they could help them be released from the cult.