Iranian officials and the normally divided Iranian media have uniformly rejected and ridiculed the May 21 speech by US Secretary of State Mike Pompeo outlining 12 demands of Iran that in essence would fundamentally transform the Islamic Republic. 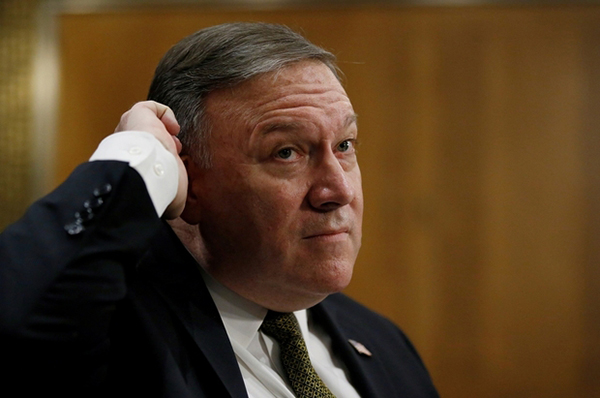 Iran Newspaper, controlled by President Hassan Rouhani’s administration, headlined its article on the speech “The illusions of the newly arrived politician.” The article stated that the speech outlined “Trump’s hostile policies toward Iran.” The Reformist Etemad chose the headline “Pompeo’s delusions” for its front-page story. While the Donald Trump administration is promising unprecedented sanctions against Iran and trying to put pressure on Tehran, Etemad reported, America’s closest allies in Europe are busy negotiating with Iran on how to keep trade and the nuclear deal alive.

The newspaper Javan, affiliated with the Islamic Revolutionary Guard Corps, used its headline to call Pompeo’s speech “bluster.” According to the article, Pompeo had tried to act like Trump in his speech, making 25 false statements. In addition, Pompeo said “Iran must” 15 times. The article charged that when Pompeo was 14, the United States would say what Iran “must” do, and Mohammad Reza Pahlavi would say “yes,” but then Iran kicked out the shah. Javan described Pompeo’s 12 demands as “unintentionally listing America’s failures and Iran’s ascending strength.”

Kayhan, whose editor is appointed by the supreme leader’s office and is often the first to attack the Rouhani administration for every perceived and imagined shortcoming, saved its wrath for Pompeo. The headline for its front-page article roughly translates “To hell with Pompeo’s 12” and makes reference to America’s “big mouth.” The article said that Pompeo’s speech, which channels Trump, was a reminder that whenever a country retreats in the face of the United States, Washington only increases its demands of it.

A number of Iranian officials also commented on Pompeo’s speech. In a speech delivered May 21, Rouhani likened Pompeo’s demands to those from George W. Bush’s presidency, adding, “The world will not accept America making decisions for all countries.” On Pompeo, Rouhani said, “That a person who worked in a spy agency for years becomes the secretary of the state and wants to make decisions for all of the countries is in no way acceptable.” Rouhani asked rhetorically, “Who are you to decide for the world and Iran in the field of nuclear energy what Iran must do?”

The Foreign Ministry released a statement responding to what it called Pompeo’s “insulting comments.” It described Pompeo’s speech as an attempt to “divert world attention from America’s illegal action and violation of the nuclear deal.” It also said Pompeo’s speech once again demonstrated America’s “poor intelligence, weak insight and backward analysis” in its decision-making process. It added that those in America who are seeking war “do not know history nor are they able to learn its lessons.” In response to Pompeo’s accusations that Iran supports terrorist groups, the statement countered, referring to the United States “as the father of al-Qaeda, Daesh [Islamic State], the hypocrites [Mujahedeen-e-Khalq, MEK], Jundollah and other takfiri terrorist groups.”

Even the normally soft-spoken Mohammad-Bagher Nobakht, spokesman for the Rouhani administration, struck an unusually harsh tone in his weekly press conference May 22, in light of Pompeo’s speech. Nobakht referred to post-revolutionary Iran in the 1980s, asking rhetorically whether the United States remembers Iran’s foreign policy of “neither East nor West” or the US helicopters that crashed in Iran attempting to rescue US hostages in 1980 or Iran not being weakened by the MEK bombing campaigns. Nobakht expressed incredulity at comments by US national security adviser John Bolton to an MEK crowd that they would be celebrating in Tehran in 2018.