In President Trump’s speech Tuesday at the United Nations, one thing about his Iran policy became clear: its incoherence.

Earlier in the day, however, Trump had tweeted about the person who embodies that despised Iranian regime like no other — President Hassan Rouhani: “I am sure he is an absolutely lovely man!”

Iran is once again a focus of the proceedings at the U.N. General Assembly this year. That’s partially by Iran’s own design, as leaders from Tehran seize their lone opportunity on the calendar to meet with other world leaders and the Western media.

Perhaps that is true. Yet it’s also true that each has a strange and enduring fixation — obsession, really — with the other. At no time is that clearer than at the U.N. meetings.

The latest instance is the terrorist attack that occurred Saturday in the southern Iranian city of Ahvaz, which targeted an annual military parade commemorating the start of the eight-year war between Iran and Iraq under Saddam Hussein. Unknown assailants opened fire on the crowd, which included defenseless women and children. Nine people lost their lives.

Iran was quick to blame regional allies of the United States. The United States, meanwhile, denied any involvement, but multiple Trump administration officials and surrogates used the opportunity to blame Iran.

Rouhani reacted, tweeting that accusing Iran of contributing to an attack on its own people would be like blaming the U.S. government for 9/11.

Even though top Trump officials say that there is no plan for regime change in Iran, their disdain and contempt for the leadership in Tehran has rarely been more palpable.

“I don’t know when we’re going to overthrow them. It could be in a few days, months, a couple of years. But it’s going to happen,” Rudy Giuliani, Trump’s personal lawyer and former mayor of New York, said at a rally Saturday in a Times Square hotel.

That event was organized by supporters of the People’s Mujahedin of Iran (MEK), an exiled opposition group that was long on the State Department’s list of foreign terrorist organizations. Over the years it has paid large sums of money to current and former U.S. officials — including Giuliani — to amplify its messages.

The MEK is widely considered a cult because of its suspected brainwashing and torture of its own members — especially those who attempt to leave the organization — so current and former U.S. officials working on Iran have quietly tried to keep it out of policy-making deliberations. But the loyalty shown to it by key figures close to Trump, including Haley and Giuliani as well as national security adviser John Bolton, should be worrisome.

Meanwhile, Secretary of State Mike Pompeo and his newly appointed special representative for Iran, Brian Hook, continue to say that they want to negotiate with Iran.

“The new deal that we hope to be able to sign with Iran, and it will not be a personal agreement between two governments like the last one, we seek a treaty,” Hook said in a speech last week.

To reach such an agreement, however, would require Iran conceding to a list of 12 demands that Pompeo outlined in May, which is almost certainly unacceptable for Tehran.

Ultimately the Trump policy appears to resemble the one Obama used to induce Iran into negotiations over its nuclear program — minus the participation of other world powers (especially Europe, China and Russia) or any actual incentives for Iran to re-engage in talks.

The Trump administration is hoping to use economic sanctions to create a massive public backlash against the regime. In my own conversations with State Department officials who support such an approach, they seem to be trying to will themselves into believing that such a policy would magically work, but have few arguments to support how it could.

Whether the goal is regime change or a change in the regime’s behavior, the Trump administration has failed to provide a case for how it would achieve either. The president’s speech in New York on Tuesday provided little other than more confusion.

IRAN: US relies on terrorists for nuke ‘intelligence’ 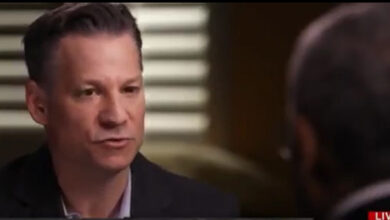 Who finances the military base of MKO terrorists in Albania?