Permanent Representative of the Islamic Republic of Iran to the United Nations Gholamali Khoshroo has earlier called for a halt on US policies to support anti-Iran terrorist Mujahedin-e Khalq Organization (MKO) in separate letters to UN.

The letters dated 11 July, 2018, from the Permanent Representative of the Islamic Republic of Iran to the United Nations were addressed to the Secretary-General Antonio Guterres and the President of the Security Council Olof Skoog. 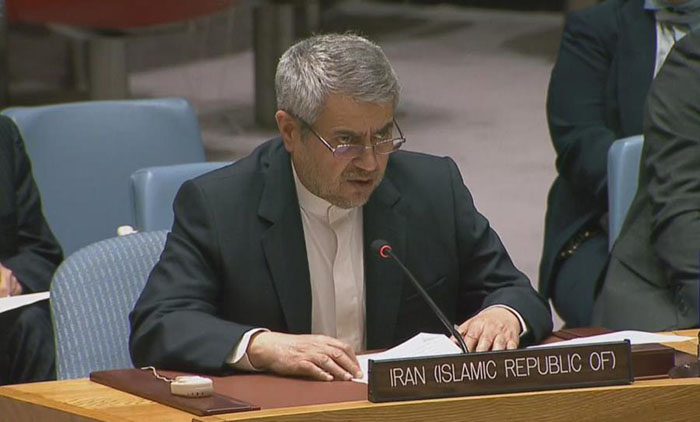 Some political figures and associates of the United States Government like Rudolph William Louis Giuliani and Newton Leroy Gingrich participated in a gathering held in Paris on 30 June 2018 by an anti-Iranian terrorist cult that openly incites blind violence against Iranian civilians. These associates of the United States Government have contributed to, and made baseless allegations and false statements against, the Islamic Republic of Iran in the said gathering.

Contrary to the recent misleading claims by this terrorist group, there is enough proof and evidence to the continuation of their dangerous deviant ideology and despicable modus operandi as well as involvement in terrorist operations for all of which the United States has international responsibility. As a case in point, the cult cooperated with adversaries’ intelligence services in the plots to assassinate Iranian nuclear scientists between 2010 and 2015. This terrorist group has also militarily assisted Saddam Hussein’s regime in its aggression against the Iranian nation (September 1980–August 1988) and was directly involved in the massacre of Kurds and Arab people in Iraq.

I should be grateful if you would have the present letter circulated as a document of the Security Council.