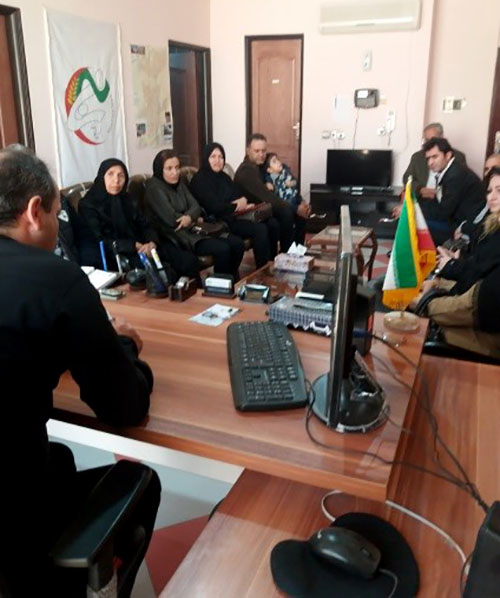 Following the return of Sadollah Seifi from Albania to his hometown Kermanshah, Iran, a number of families whose beloveds are still taken as hostages in the MKO’s base in Albania contacted Nejat Society and asked for visiting Saadollah. They were eager to get to know about the conditions of their loved ones in the MKO.

Eventually the visit took place in the office of Nejat Society in Kermanshah. Some of the attendees were children of the MKO members who have not seen their mother or father for more than two decades.

Seifi spoke of the brainwashing system ruling the MKO that has been demonizing family as the corruption center for years now. “This way, the hostages are coerced to dedicate their whole life to the group,” he said.

Based on Seifi’s testimony, the ruling atmosphere in the group’s base in Albania has deteriorated. The group leaders force members to sign engagement deals every month in order to keep them inside the camp.

During the meeting, another defector living in Albania also talked to families via video call. He told them about possible tactics for helping their loved ones release from the MKO.