For Fundamentalists and the Hard Right, It’s ‘Spiritual Restoration’ Month

November 2006 has become the month of restoration.

Ted Haggard, following accusations of his relationship with a male prostitute, resigned as president of the National Association of Evangelicals and as senior pastor of the New Life Church in Colorado Springs, Colorado. Haggard will spend many years taking the four steps of spiritual restoration: submitting, admitting, restitution, and being humbled. His spiritual advisors will heed the biblical warning of the apostle Paul’s Epistle to the Galatians to attempt not to be tempted while restoring (rather than shunning) a sinner.

The David Horowitz Freedom Center posted an announcement and a registration form for David Horowitz’s Restoration Weekend 2006, November 16 – 19, at The Breakers Resort in Palm Beach, Florida. Some of the listed speakers were Rush Limbaugh, Sean Hannity, Ann Coulter, David Horowitz, and Colorado Congressman Tom Tancredo. Tancredo has been one of the strongest supporters of the Iranian Communist MEK (Rajavi Cult or Pol Pot of Iran). http://www.horowitzfreedomcenter.org/

Does Trancredo’s invitation to speak at David Horowitz’s Restoration Weekend mean that David Horowitz has restored Tancredo and the Iranian Communist MEK (Rajavi Cult or Pol Pot of Iran)?

David Horowitz did not provide the answer in his speech "Restoration Weekend 2006: Storming the Universities", posted November 20, 2006.

Instead, David Horowitz provided examples of some radical professors who offer indoctrination rather than critical thinking about their fields. His first example was Professor Dana Cloud, Associate Professor of Communication Studies at the University of Texas at Austin. Professor Cloud provides this description at her Web site:

"Dana L. Cloud (PhD, University of Iowa, 1992) specializes in the analysis of contemporary and popular and political culture from feminist, Marxist, and critical anti-racist perspectives. She teaches undergraduate classes in persuasion, social movements, speechwriting, and rhetorical criticism, as well as graduate courses in rhetoric and the public sphere, rhetoric and ideology, rhetoric and feminist theory, and rhetoric and popular culture. Dr. Cloud’s areas of current research include the critique of therapeutic discourse, feminist and Marxist theories and politics, rhetoric of "family values," and the rhetoric of the U.S. labor movement."

David Horowitz failed to mention in his speech that his FrontPage Magazine is a promoter of the writings of Professor Donna Hughes, Women’s Studies Program, at the University of Rhode Island.

A search for "Donna Hughes" at FrontPage Magazine today will return 43 hits, one of which is "Sex Slave Jihad".

Is this high quality, academic research? Does this professor provide critical evaluations of both sides of each issue?

Donna Hughes has been a strong supporter of the Iranian Communist MEK (Rajavi Cult or Pol Pot of Iran).

For an honest view of the Rajavi Cult, from a woman’s viewpoint, you need to read Anne Singleton’s Saddam’s Private Army: How Rajavi changed Iran’s Mojahedin from Armed Revolutionaries to an Armed Cult by A. Singleton. It can be obtained formAmazon.co.uk or directly from:

This up-to-date account and analysis charts the Mojahedin’s degeneration from one of the world’s most powerful armed opposition movements into a private army for Saddam Hussein.

Told by a Western woman who for twenty years had unique access to the secret inner world of the Mojahedin, this book is a very personal account of how Massoud Rajavi, leader of the Mojahedin, in his ruthless quest for power has perverted the original ideological basis of the organisation until it is little more than a cult which worships him as its quasi-deity.

Labelled as a terrorist entity by the governments of America and Europe, the author argues that the Mojahedin’s real danger lies in the unquestioning obedience of the members to the whims of their leader. Understanding Rajavi’s motivations is key to a thorough appraisal of this enigmatic organisation and the threat it poses to Western democracy.

A search for "Raymond Tanter" at FrontPage Magazine will yield many hits, including Jacob Laksin’s "The Ayatollah of Anti-Americanism". This article was critical of Professor Noam Chomsky and cited a book by Professor Raymond Tanter to support the criticisms.

Professor Raymond Tanter, who claims to be a Republican, is a strong supporter of the Iranian Communist MEK (Rajavi Cult or Pol Pot of Iran). Tanter works for the Iran Policy Committee, whose scholars and fellows include a former Central Intelligence Agency (CIA) employee and retired military officers.

David Horowitz should be exposing the professors and others who support the communist takeover of Iran by the Iranian Communist MEK (Rajavi Cult or Pol Pot of Iran). Who is funding the Iran Policy Committee?

Those who spoke at David Horowitz’s Restoration Weekend can start on a restoration process of their own. They can oppose the Iranian Communist MEK (Rajavi Cult or Pol Pot of Iran) and the neo-conservatives (neo-Trotskyites) who seek endless wars to impose totalitarian regimes in the world. 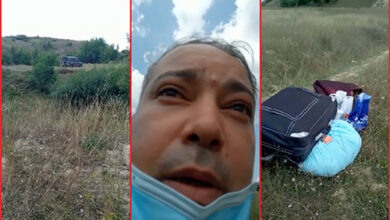