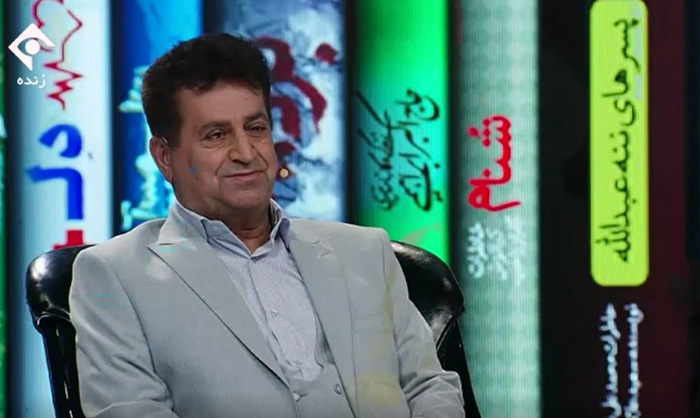 Ali Ekrami former member of the Mujahedin Khalq recruited by a friend when he was a student of oil faculty in Abadan, south west of Iran. He left his hometown, his family and especially his sick mother behind to join the group in Iraq. After over 27 years of living under the rule of the Cult of Rajavi, Ali Ekrami decided to escape the group’s headquarters, Camp Ashraf, Iraq.

Following the collapse of the MEK’s main military and financial sponsor, Saddam Hussein, the group was disarmed by the US army. Ali Ekrami was already fed up with dishonesty, violence and suppression he was witnessing in the MEK. He was determined to escape the group but he was terrified because of the group’s disinformation about defectors and escapees of Camp Ashraf.

Nevertheless, he made his mind that night after reviewing his entire experience as an MEK member. “I was on my guarding post that night in one of the guard towers on the eastern side of Camp Ashraf when I came to a conclusion of my past life and I tried to find a way to break through that situation,” Ekrami writes in his autobiography, published a few months ago.

As Ekrami reviews his own involvement with the MEK, he also evaluates the MEK’s history including its armed struggle against Iranians, the escape of Massoud Rajavi from Iran, the marriage of Massoud and Maryam in Paris and their taking shelter under Saddam Hussein, the enemy at war with Iran. “It was like a nightmare,” he writes. “I had reached the point of complete hatred and disgust. I thought I did not have anything to do with the MEK any more. I was more determined to leave the group as any time I was before.”

Thus, he looked for an opportunity to escape the Cult of Rajavi. As a trusted member of the MEK, he was offered a new position. He was appointed as the MEK’s deputy to negotiate with Iraqi university professors. “I thought it would be a good opportunity to escape Camp Ashraf,” he writes. “I expressed my agreement, signed a form and got out to pack my bag.”

The next day, Ali Ekrami was supposed to move to the university. He got on the jeep that a friend of his was driving to go there. “In the way, I looked closely to find an American Hummer to surrender myself to them,” he says. “Luckily, I saw one in the street 100 of Camp Ashraf. This was the chance I have been looking for since months ago. I told my friend, ‘Stop the car! I feel nauseous and dizzy’.”

His friend stopped the car immediately and gave Ekrami a bottle of water. He took the bottle, splashed some water on his face and rushed to the American car. He recounts, “I knocked the wind shield. The American soldier opened the door. I told him, ‘I need help. I do not want to stay in the MEK. Help! Help!’ The black soldier and his commander took me on their car and drove fast to their camp. My friend was shocked staring at me getting far from him and Ashraf.”

Looking back, Ali Ekrami started shouting, “Damn Ashraf! Damn the Mujahedin_e Khalq! Down with Rajavi! Down with fraudulent Rajavi! You betrayed the hope and trust of a generation.”