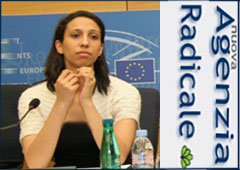 The MKO movement is in decline

Response to Sergio D’Elia, secretary of Hands Off Cain”, the Mujahedin-e Khalq Organization (1)

Caro D’Elia,
Our group had no intention of continuing to write about Mujahedin-e Khalq (MKO), but encouraged by your recent e-mail we feel obliged to make a few points. In principle, we are not against the removal of MKO from the list of terrorists. Indeed, the movement is already in decline  .Since the late nineties the internal dissent in Camp Ashraf is increasing and with the fall of the dictatorial regime of Saddam Hussein, the MKO will be deprived of their basic logistics. However, there are things that continue to preoccupancy.

First, we believe that the leadership of MKO should answer the killing of civilian Kurds. I’m sorry, in fact, contradicting, but under Saddam the MKO were involved directly in the massacre of the Kurdish population. We have received confirmation and documentation of what we are saying by the Kurdish Democratic Party and by independent Tolerancy International, based in Erbil (Iraqi Kurdistan) and headed by a former minister of the autonomous Kurdish government, Hussein Sinjari.

Secondly, we are sure that the meetings in Europe with several supporters and / or members of MKO led you to find them available and courteous. The image that, in fact, the movement has manufactured in the West is a democratic organization. But the situation is different at Camp Ashraf. Some members of MKO have in fact discovered at their expense, the detention camps in which under the leadership of the movement they were subjected to torture, often led to death. Members of MKO are victims of their own cynical leadership. Shown below the records of known and authoritative organization Human Rights Watch on this topic.

The third point is that, as you say it, the movement does not have a libertarian government structure and in light of the facts that we have listed above and that we are committed to detail, are needed to reconstruct the truth about the movement. Surprisingly when Italian parliamentary delegations – and Sen. Perduca – go on a visit to Camp Ashraf and then write in the Italian media praises to movement who do not know at all.
Another point which we would highlight was well summarized by a message left to us by a supporter of MKO in Italy:”It is not far the day when Iran and the Iranians celebrate their freedom and democracy under the flag of the Mojahedin and their president Mrs. Maryam Rajavi.”This concerns us. We want a free Iran, celebrating their freedom under the flag of their country, not a movement, and having as president a leader elected by democratic elections.

For ease of reading we will share this letter / document into four parts. In this letter, write the abuses at Camp Ashraf (which will be divided into two parts), providing evidence. In the coming days, we will post additional material on the killing of Kurds and the armed forces and American civilian, take our information directly from the Department of State. The material here is, we were given by Human Rights Watch and the complete document in English of 28 pages is also available on-line.

Brief Background of MKO
The MKO was founded in 1965 by three student from the University of Tehran, Mohammad Hanifnezhad, Saeed Mohsen and Asghar Badizadegan. The three believed that a peaceful resistance against the Pahlavi government does not lead to any result, and that only armed struggle could fall to the monarchy. Their ideology, however, was based on an interpretation of Islam compatible with the Marxism. during 70s, thirteen members of MKO and Giodania go into Lebanon to be trained . The friendship with Yasser Arafat, remains over the years.
With the revolution of 1979, Massoud Rajavi emerged as a leader of the movement. Immediately after the revolution, MKO supported the revolution but after a while Khomeini excluded them from the division of power. It, therefore, led to an intense rivalry between the leadership of MKO and the regime of Iran. In 1981, members of MKO launched a campaign of armed attacks against the Iranian government. The same year, Massoud Rajavi moved to Paris. In 1986, France asked Rajavi to leave the country and find a new ally: the dictator Saddam Hussein. (In movies we are in possession of Rajavi called Saddam”the big boss”).

In the book “Memoirs of an Iranian Rebel,”the former member of MKO, Masoud Banisadr (not to be confused with the former president Abolhasan Banisadr) fled from the movement in 1996, recounts a meeting for senior officers of the movement page. 37 of the English version.

The first thing I was required to do in Baghdad was watch a videotape of an ideological meeting for “executive and high-ranking members.” The meeting, called “Imam Zaman,” (in the Shiite faith is the hidden Imam), started with a simple question: “To whom do we owe all our achievements and everything that we have?”… Rajavi did not claim, as I thought he might, to be the Imam of our times, but merely said we owed everything to Imam Zaman… The object was to show that we could reach Tehran if we were more united with our leader, as he was with Imam Zaman and God.
“He (Rajavi) was ready to sacrifice everything he had (which in fact meant all of us!) for God, asserting that the only thing on his mind was doing the will of God,….we were expected to draw the conclusion that no “buffer” existed between Rajavi and Imam Zaman; yet there was a buffer between ourselves and him [Rajavi] … which prevented us from seeing him clearly. This “buffer” was our weakness. If we could recognize that, we would see why and how we had failed in Operation Forogh [Eternal Light] and elsewhere. Massoud and Maryam [Rajavi] had no doubt that the buffer was in all our cases our existing spouse…

Anticipation of the next letter:
Testimony of Sayed Amir Mowaseghi, collected by Human Rights Watch
Sayed Amir Mowaseghi entered a part of MKO in 1984 and was imprisoned by the Iranian government from 1984-1987. After his release, went to Pakistan, from where he could reach Iraq and join forces in the MK 1988.Nel in June 2001, had decided to leave the movement, but he was not allowed. A session of court”was agreed in September 2001 with the presence of Maryam and Masoud Rajavi, who have not granted permission to leave the MKO.

Immediately after it happened as testified:
“I was brought to a gathering of about 600 people. I was dragged into a crowd, I was taken to blows, kicked, verbally abused. I was then led in a caravan, which they called Bangala, I was confined in isolation until 2 June, 2002, and then I was handed over to Iraqi government forces (of Saddam Hussein). The Iraqi forces have put me in the prison of Abu Ghraib, I was then sent back to Iran on 18 March 2003.”