MEK may conduct terror attacks in Europe and place the blame on Tehran, says expert

An expert on U.S. foreign policy believes the Mojahedin-e Khalq terrorist organization may carry out acts of terror and sabotage in Europe and place the blame on Tehran. 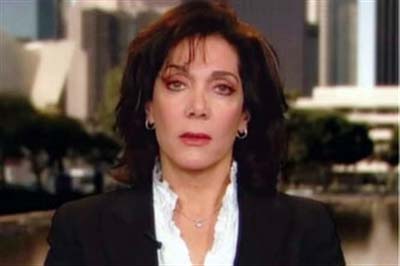 “The group has had ample experience in carrying out killings and assassinations. The cult will not even allow members to defect,” said Soraya Sepahpour-Ulrich, in an interview with the Balkans Post.

“I would not be surprised if a group member, or several, carry out acts of terror and sabotage in Europe and place the blame on Tehran. Perhaps that is the plan for them,” she added.

Balkans Post: In a piece published by the Washington Post in September, Shahin Gobadi, spokesman of the anti-Iranian Mojahedin-e Khalq (MEK) terrorist group, claimed that “a cursory review of the MEK’s history shows it has survived and flourished for 54 years, not because of having a voice in the White House but because of its reliance solely on the Iranian people and because it has been willing to pay the price for democracy in blood and treasure.” What could you say about these remarks?

For the first few years, the MEK was dedicated to fighting America’s friendly dictator, the Shah of Iran, capitalism, and Western imperialism. But in 1975, there was an ideological split within the group at which time the group declared that Marxism, not Islam, was the true revolutionary philosophy (expressed in a book entitled Manifesto on Ideological Issues). It was at this stage that they resorted to terrorism.

The Americans in Iran became their primary target and they wounded or killed high profile military personnel in Iran and are said to have been actively involved in the U.S. embassy takeover.

In an about-face, the group became the pet terrorists of the very “Western Empire” they had set out to fight. Their existence was necessary to America to rid Iran of the Islamic government that had overthrown their man in Tehran. Thus the terror activities and assassinations once conducted against Americans in Iran were directed at the new Islamic government in Iran. The terror group and their backers promoted the notion that the MEK was not responsible for assassinations of Americans and those acts of terror were carried by rogue elements within the group was promoted.

The lies continue to spread. The MEK has zero validity and support inside Iran. And frankly, fewer still outside of Iran. But they have a great deal of political support in America, Britain, and Israel. Not only do prominent American politicians on both side of the aisle support the group, but neoconservatives and the pro-Israeli think tanks. They also got “protection” from an online organization head by Rabbi Daniel M. Zucker through its online publication “International Analyst Network” and “Global Politician.”

So to sum up, the group has departed sharply from its origins and is the same in name only, and it would not have survived without the backing of influential politicians and organization. The only price paid in ‘blood’ was that of the people it terrorized and killed.

BP: Described by critics as “a cult”, the MEK has been lauded by top U.S. officials as alternative to Iran’s government. How has the group gained the support of such influential people?

Soraya Sepahpour-Ulrich: Personally, I do not believe that the U.S. sees them as an alternative to the government in Iran. They use the group to undermine Tehran while enticing them with promises. The support of ‘influential people’ is not for the group, or its ideology, but for the harm it can do to Tehran. The more sensitivity Iran shows towards this cult, the more the U.S. and Israel dangle the group in front of the Islamic Republic.

I think that is very important to understand them in this context. The United States has a stated policy of not negotiating with terrorists, but it has a habit of using terrorists to achieve its goals. If and when the objective is reached, the terrorists would become dispensable – undesirable.

BP: Karim Sadjadpour, an Iran expert with the Carnegie Endowment for International Peace, has described the organization as a fringe group with mysterious benefactors that garners scant support in its home country. Is there any evidence to show who these “mysterious benefactors” are?

Soraya Sepahpour-Ulrich: Some former MEK members have stated that they have witnessed Saudi Arabia giving money and gold to the group. I believe that may have been in much later years. At the onset of the Iranian Revolution, Saudi Arabia was more interested in restoring the monarchy and the deposed Shah’s son. Of course, in the 80’s, their benefactor was the “Butcher of Baghdad”, Saddam Hossein.

The political support from Israel is unquestionable and there is plenty of literature on this. However, in 2012, the NBC broke out a story that was repeated everywhere – that Israel had “financed, trained, and armed” the MEK.

Certainly, while the MEK were being protected and chauffeured around in Camp Ashraf – Iraq as ‘special status person/s’, surely the U.S. government would have been responsible for their maintenance.

BP: The MEK operates out of a compound in rural Albania. How has the group’s presence in that region impacted the Balkans in general and Albania in particular?

Soraya Sepahpour-Ulrich: It is beyond the scope of my research to address the impact the presence of MEK operatives has had on the Balkans. But what is very clear is that the United States had a 4-year plan (2011-2015) to give aid to Albania in order to advance U.S. objectives related to Albania’s role in moving forward U.S. foreign policy objective. The initial consequence of this ‘generosity’ was to demand Albanian house thousands of terrorists. It appears that a terrorist group that was protected by the United States in Iraq is now protected by the Unites States in the Europe.

The group has had ample experience in carrying out killings and assassinations. The cult will not even allow members to defect. I would not be surprised if a group member, or several, carry out acts of terror and sabotage in Europe and place the blame on Tehran. Perhaps that is the plan for them.

Soraya Sepahpour-Ulrich has a Master’s in Public Diplomacy from USC Annenberg for Communication. She is an independent researcher and writer with a focus on U.S. foreign policy and the role of the lobby. Her articles have been published by several online publications. She is a public speaker. She is balkanspost.com