The Mujahedin-e Khalq keeps about two thousands members inside its cult-like structure in Camp Ashraf 3 in Albania despite the departure of a large number of its members during the two past decades. Each and every of the remaining male and female members of the MEK has a story of their family life. Most of the old members were married and had children when they joined the group. Though, they left family behind when Massoud Rajavi ordered them to divorce their spouses and to send their children out of the group. So there are a lot of heartbreaking stories of families whose destiny was involved in the ambitions of the leaders of the MEK. The stories of certain fathers and daughters have been already published on Nejat Society website. It is time to review the painful stories of some fathers and sons in the MEK. 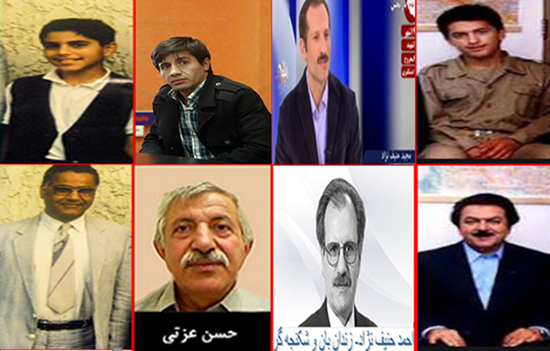 The most iconic and prominent father and son in the MEK are Massoud Rajavi and his son Mohammad. Mohammad was an infant in the safe house where his mother Ashraf was killed in an armed clash between the MEK agents and the Iranian forces in Tehran. He was then taken to Iraq and then to Europe where he grew up and again back to Iraq. He left Iraq together with other members of the group. In Albania left the group and went to Norway where he goes to university under the supervision of the MEK commanders.
According to the testimonies of former member, Mohammad was a critic of his father’s approach in the group. Some former members even revealed that he had tried to escape the group several times but he did not succeed as far as the group was located in Iraq. As soon as the group was settled in Albania, Mohammad moved to the free world although he is not free from the group’s control.
Nonetheless, not everyone was as lucky as mohammad Rajavi. Majid Hanifsnejad is another example of the sons of the MEK’s high ranking members. Ahmad, Majid’s father is the brother of Mohammad Hanifnejad one of the early founders of the group. Former members confirm that Ahmad is one of the cruelest interrogators of the MEK. He has tortured a lot of his comrades inside the group just because they asked to leave the group. Majid was studying in a college in Europe when his father ordered him to get back to Iraq. He is brought to the group’s propaganda media from time to time to show that he is still dedicated to the cause of the group that his uncle founded.
The experience of Yasser Ezzati tells a lot more about the painful stories of fathers and sons in the MEK. Yasser Ezati was ten-years-old when he was taken away from his parents – together with hundreds of other Mujahedin children. Some went to live with members in the West, and some in children’s homes very similar to an orphanage. Yasser went to both: he spent three years with three different families in Canada, and afterwards stayed in three different children’s homes in Germany. As a child Yasser Ezati often stood in the shopping center of Cologne with the pictures of victims in Iran, collecting money for the MEK. Many members in Europe worked like this, until the governments discovered that the funds did not go to aid organizations, but to buy weapons. [source: Misled Martyrs, Judith Neurink]
The former members of the group state that his father, Hassan, is known to be a torturer in the MEK. ”He even beat me several times after I declared defection,” he said. “Whenever I missed my parents my father would receive me by beating and kicking me.”
“I have not forgotten my past yet because an important part of my life, my childhood, my adolescence were lost for the misguided goal of the MKO”, he told Nejat Society. Finally, Yasser Ezzati could manage to escape the MEK a decade ago.
Like many other children of MEK members, Amir Vafa Yaghmaei was a citizen of Sweden. He was able to leave Ashraf after 2 years with help of Swedish government. His father, Esmaeil Vafa Yaghmaei was so loyal to Mr. Rajavi at NCRI that he ignored several requests by his own son, who was 16 when sent to Iraq, and refused to help him. Amir was abused inside Ashraf and also in US Camp, TIPF, for almost 2 years. However, both Esmaeil and Amir defected the MEK. Unlike the three other cases, Amir was under the coercive indoctrinations of her mother in Camp Ashraf. He cannot forgive his mom for what he underwent under the pressure of the MEK’s cult-like system.
Nejat Society