Amir Vafa was born in France after his parents moved there from Iran to join Massoud Rajavi and his movement. They were then sent to the group’s Camp Ashraf in Iraq where thousands of members of the Mujahedin Khalq Organization (the MKO/ MEK/ PMOI/ the Cult of Rajavi) were sheltered by Saddam Hussein.

But Amir could not maintain family ties in Camp Ashraf, together with about 500 kids he was separated from his parents and sent to European countries. This action was taken “in the terms of the Second Ideological Revolution” as Antione Gessler writes in his book on the MEK, “Autopsy of an Ideological Drift”. “In the absence of family abroad, the children were sent to orphanages or special schools established by the Mojahedin in Germany and the Netherland”. 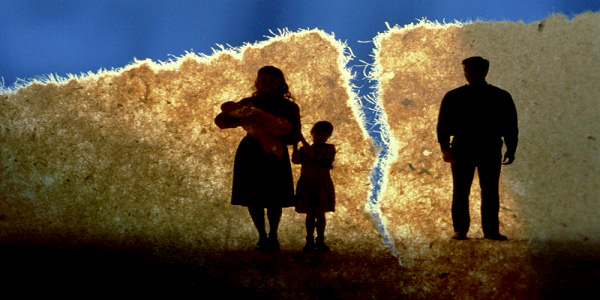 Gessler whose book was published in 2005 in France, has stated the testimonies of several parents who left their children behind in the hands of the MEK. Nadere Afshari was one of those eye witnesses who has in her turn written her memoirs of orphaned children in the MEK in Persian.

“Rajavi considers the family as an integral cell in his organization,” Afshari says. “He therefore feels free to intervene in the marital relations of members against their own will.”

The testimonies quoted in the book are clearly parallel to those that are put in the Intercept’s recent article on the MEK titled “Defectors Tell of Torture and Forced Sterilization in Militant Iranian Cult“. Authors of this greatly investigated article interviewed some former members of the group whose families were fell apart after they joined the MEK.

Batoul Soltani a well-known female defector of the MEK is one on those interviewed by Murtaza Hussain of the Intercept. “She had joined the MEK in the 1980s, following her husband, who had become enamored with the group and its leader,” according to the Intercept. “She had rationalized the decision as a way to keep her family together. But the group’s cultish nature became clear when they began living at Camp Ashraf in Iraq. Her relationship with her husband rapidly grew strained. They were both subject to what she described as “brainwashing” by the group’s senior cadres, who segregated them by rank and controlled their interactions with one another.”
The brainwashing process that coerced members to break off family ties, was concisely explained by Mitra Yusefi who was quoted by Antoine Gessler:

“When Rajavi after his divorce from BaniSadr’s daughter married his comrade’s wife, Maryam, we were shocked. My husband then took a strong position saying that you cannot take another’s wife. Two days later, though, they convinced us of the opposite. We were such fools…”

In 1991, MEK commanders took Sultani’s two young children, age 6 months and 5 years; the children were sent to live with MEK members in Holland and Sweden, according to Soltani’s testimonies stated for the Intercept. “It was a decision that she felt unable to oppose,” the Intercept clarifies the MEK nature. “In the insular world of the MEK, Massoud Rajavi had been effectively transformed into a subject of worship. Cadres were taught to both fear and love him, and they did. Many female members were expected to express this love physically.” 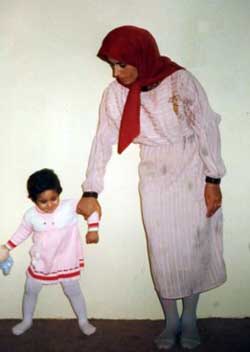 “Maryam Rajavi came to us as female members of the group many times and asked us why we haven’t demanded to see our leader in his bedroom,” Sultani said.

“There was a strong pressure” on MEK women to initiate sexual relationships with Rajavi, she said, “to show your commitment to the leader and the group.”
“Uprooted, far from their country, and cut off from their culture, these children became wanderers without identity”, Gessler suggests.
Since leaving the group, Batul Soltani has tried to rebuild her relationships with her children, who are now in their early 20s, only to find them angry and uncomprehending about the decades she spent away from them, based on the Intercept’s report.

“I try to tell them we were like robots, it was brainwashing. Anything Massoud Rajavi told us to do we did; we didn’t feel like we had any choice,” she told the Intercept. “They ask me why I never called, even on their birthdays. It is hard for them to understand any of this.”

Sadeghi is another defector of the MEK interviewed by the Intercept. Based on his testimony, he got only rare updates about his son Paul during the 10 years he spent in Ashraf. “Members were forbidden from discussing family or friends who were not MEK members. When he did ask about his son, they always told him that the boy was well, living in Toronto with Sadeghi’s ex-wife and receiving hundreds of dollars in support every month from the group.”
When Sadeghi was informed by a friend that his son was not in Canada at all and he had never left Iran and was being raised by Sadeghi’s parents there, Sadeghi decided to leave the group to find his son but he was faced with a deadly punishment by the group authorities.
“His commander called a group of other MEK members to detain him”, recited the Intercept. “Suddenly, about a dozen of Sadeghi’s comrades were grabbing him, trying to push and lift him into the back seat of a nearby Toyota pickup. As he resisted, he felt one of his fingers snap. The MEK members shoved him into the back of the truck, pinning him to the floor with their bodies. The truck started driving.

“You’re dead,” one of Sadeghi’s captors told him. “We are going to put you in the ground, and no one will ever know what happened to you.” Forced disappearances and solitary confinement were not uncommon at Camp Ashraf, and Sadeghi was sure he would be executed.”

GhorbanAli Hosseinnejad, Rajavi’s personal translator was also interviewed by the Intercept. The story of his scattered family is heartbreaking too. “In 1981, when the Iranian government declared the MEK a banned organization, Hosseinnejad and his family decided to flee Iran, ” according to the Intercept. “Zeynab was 4 years old but Mona was a newborn, too young to be exiled. Ali, Tayebeh [his wife], and Zeynab fled to Europe, leaving Mona with Hosseinnejad’s mother in Iran.”

As a teenager Zeynab was trained as an MEK fighter in Camp Ashraf. “But the psychological stress and isolation in the camp began to wear on Hosseinnejad,” the report reads. “Despite living in the same compound, he was allowed to see Zeynab just once a year. He hadn’t seen Mona, his younger daughter, since the day he fled Iran.”
In spite of the few cases on family rights abuses that were covered in books, articles and reports, cases of collapsed families are as many as the number of MEK former and current members. Nadereh Afshari truly briefed the entire MEK’s dark history of banning family life in the title of her book on the MEK: “Forbidden Love”.