In 1979, the people of Iran successfully and mainly peacefully overthrew the United States-supported government, led by the brutal autocrat, the Shah of Iran. In ridding themselves of this repressive dictator and freeing themselves from the shackles of U.S. imperialism, they established the Islamic Republic of Iran.

While the revolution had widespread popular support, as does the government to this day, it was not without opposition groups.

The MEK (Mujahedin-e Khalq, or the People’s Muhajedin Organization of Iran), is one such opposition organization. It is a violent terrorist group that is currently supported by the U.S. government. Members of the MEK have never accepted the revolution, and on June 28, 1981, three years after the revolution, they bombed the Islamic Republic Party headquarters in Tehran. This horrendous crime was committed during a meeting of party leaders, and killed seventy-three people, including the Chief Justice, Ayatollah Mohammad Beheshti, who had been a leader in the revolution.

Thirty-nine years have passed, but the memory of these martyrs has not dimmed.

Hujjat al-Islam Seyyed Mehdi Qureshi, Islamic Revolution Leader Representative in Iran’s West Azarbaijan Province, commented that “Iran’s stable position has been achieved thanks to the bravery of the martyrs.” Those martyrs’ names, many in addition to those who died on June 28, 1981, are etched upon the hearts of the Iranian people, and include General Qassem Soleimani, murdered by the U.S. in January of this year. 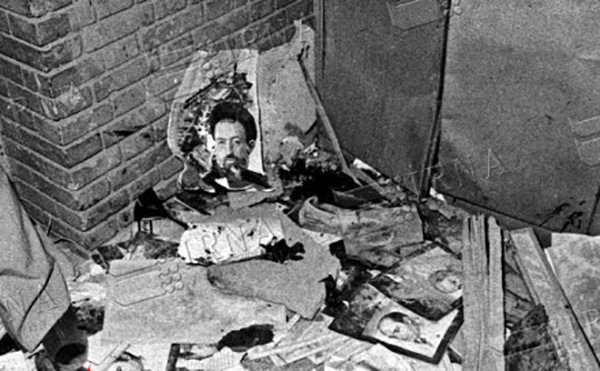 Any government has people who oppose it: citizens of the nation who disagree with one or more policies, and law-abiding people work within the system to achieve changes they seek. Generally, when a majority of the population wants certain changes, those changes are implemented.

Yet within Iran and outside it, a small terrorist group seeks the violent overthrow of the government, despite having so little support to do so. Why, one could ask, would the mighty United States support such a group, when it decries any terrorist activity?

The hypocrisy of U.S. government officials has been discussed and documented by this writer often. The U.S. is only interested in self-determination when the people of any nation choose a form of government that will follow all U.S. dictates. The leaders of the Islamic Republic of Iran will not do so. They form alliances with nations that the United States holds in contempt, and they come to the aid of those nations when required to do so, such as in fighting U.S.-financed terrorists in Syria.

Iran has not invaded another nation in over 200 years, and its leaders have a ‘no first strike’ doctrine. In the U.S.’s 244-year history, it has invaded at least 84 of the 193 countries that are recognized by the United Nations. And its continued hostility towards Iran has only increased with the administration of the unstable president, Donald Trump.

In the United States, lobby groups finance election campaigns, thus making the elected officials beholden to those groups, not their constituents. Prominent among these groups are pro-Israel lobbies, which consider Iran to be their rival for hegemony in the Middle East. Among the global community, only Israel and Saudi Arabia opposed the Joint Comprehensive Plan of Action (JCPOA), the agreement signed with Iran and several other countries that regulated Iran’s nuclear development program, in exchange for the lifting of sanctions. Only Israel and Saudi Arabia praised the U.S. violation of it.

After sanctions were re-imposed following this U.S. violation of international law, this writer contacted a friend in Tehran. He was told that, while the sanctions were unfortunate, the Iranian people are accustomed to living with them, and would continue to do so as long as necessary. There was no talk of defeat; he didn’t suggest that the government should or would accede to U.S. demands. He was not resigned: he simply indicated that the Iranian people would continue to live their lives and make whatever adjustments were necessary due to the sanctions.

This is the attitude that makes Iran great, and that inspires Iranians to sacrifice their lives for their country. When one powerful country is besieged by another, more powerful one, but refuses to surrender, its people’s pride in their nation only increases. And this year, on the anniversary of the Hafte Tir bombing, the memory of those who were working for the people and gave their lives in that mission will again be remembered. Also remembered will be other Iranian martyrs, those who died in the August 30, 1981 bombing of the Prime Minister’s office, General Soleimani and so many others, whose names may not be as well known, but who are remembered and beloved by their countrymen.

The anniversary of the Hafte Tir bombing should be commemorated around the world as a symbol of the destruction and death caused by terrorism, and as a memorial to those innocent servant-leaders who died in it. It should also serve as a reminder to some governments, such as that of the United States, that their unjust plans for world hegemony will not be achieved, and that support for terrorists is an affront to the basic human dignity of mankind. It should remind nations across the globe that the U.S., the most violent nation on the planet, continues its economic and medical terror against a free and peaceful nation.

It has been thirty-nine years since those seventy-three Iranian officials lost their lives in the service of their country. Their sacrifice will not be forgotten in Iran, or by people of decency and compassion around the world.