Asieh is cherished in the MEK’s media as a “Mujahed Martyr”. She was a 28-year old girl when she was killed in a clash between Iraqi forces and the group members in March 2013. She was filming the clashes.

The MEK-run media state that Asieh Rakhshani joined the group in 1998 but as a child of Mujahed parents, she undoubtedly had no other choice except joining the MEK, just like many other children of the Mujahedin Khalq.
Asieh was one of those MEK children who have been separated from their parents and sent to Western countries by the MEK leaders, in 1991. The leaders then chose for her to get back to the group as a fighting force. 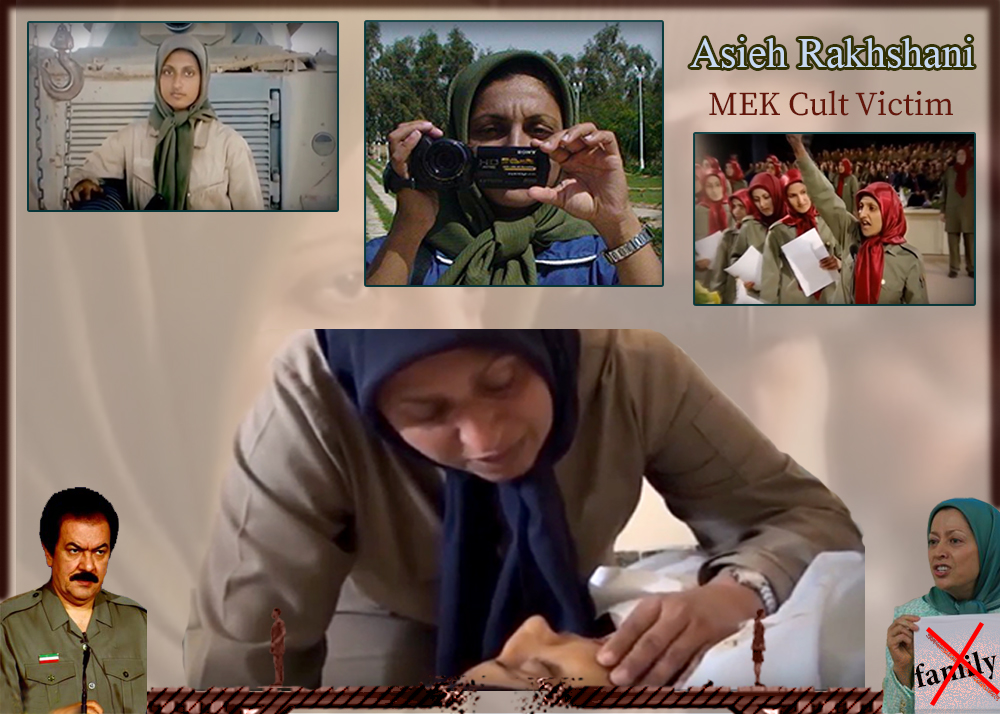 Iraj Mesdaghi former member of the MEK and a severe critic of its leaders write about the girl:
“Asieh Rahkshani is one of those children who were sent from the United States to Iraq… Asieh was not alone. In 1997 and 1998 the MEK mobilized a large number of 15 to 17- year-old children to Iraq. Most of them had no legal status. The story of their lives is a tragedy.”

After the death of Asieh the MEK media published photos and films of an enthusiastic teenager who turned out to become an active force of the group’s media after years of organizational cult-like training. In a heroic-like video the MEK media show her parents saying farewells to the dead body of their daughter. They might have not seen their daughter for a long time before her death. As the rule of living in the MEK, parents are divorced, living separately and family members are not allowed to contact each other except for once a year on the occasion of the New Year’s celebration.