– Let us visit our children enslaved at MEK Camps As suffered mothers, we ask you to allow us travel to your country and visit our beloved children after long years. Albania is a democratic country and defends human rights. So why do you prevent us from visiting our children who are kept in MEK Camp in your country.

– WHAT A TERRORIST I AM , WORKING 14 HOURS A DAY AS A WAITER

Gjergji Thanasi interviews Hadi Sani Khani, 39 years old and formerly a member of MEK for 15 years.
GT – How did you get involved with the MEK?….

– EHSAN BIDI IN ALBANIA AFTER MARYAM RAJAVI’S PLOTS TO ELIMINATE HIM FAIL
A former member and defector from the MEK, Ehsan Bedi, posted a video clip of him dancing from his detention centre in Albania after the organization’s efforts to deport him from Albania to Greece failed. The video, which Bedi posted on his official Facebook account….

– WHY THE MEK ENDEAVOUR TRUMP REELECTION
Once advocating the antiAmerican anti-imperialism stance of their early leaders and then designated as a terrorist organization by the US State Department, the Mujahedin Khalq Organization (the MKO/ MEK/PMOI/ Cult of Rajavi) is now pretending to be a friend of the US government! The group’s Turn to serve the US has been its main policy during the past decades, particularly after the collapse of the group’s long time sponsor Saddam Hussein in 2003….

– POW’S AND MUJAHEDIN-E KHALQ FROM IRAQ TO ALBANIA
“Cult Members never laugh. They don’t have humor. Hu-mor is a human thing. They don’t have any natural crea-tive ability to be funny just like AI.”Lauren PritchardThe quote seems so familiar to those who were involved with the Mujahedin Khalq Organiza-tion (The MKO/ MEK/ PMOI/ Cult of Rajavi). Just a few days ago, a former member of the group told BBC Persian that “laughing was ….

– MEK HOSTAGES IN ALBANIA NEED HELP
The Albanian government which supports and hosts MEK supports the tyrannical rule of #MaryamRajavi and #MEK in the isolation that it does to its members However, their families want to meet their loved ones, deradicalize them and make them go back home. In the following video…

– THE MEK AND CHILDREN – HANIF BALI
Hanif moved between eight different families until he turned 18 He has been a member of Sweden Parliament since 2010 but he was born in Kermanshah, Iran in 1987. Three years later in Camp Ashraf, his Mujahed parents left him in the hands of the agents of the Mujahedin… 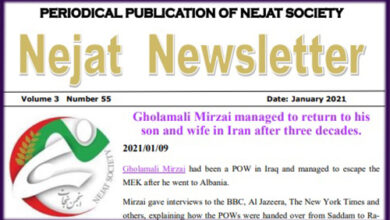 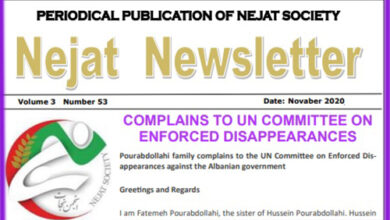 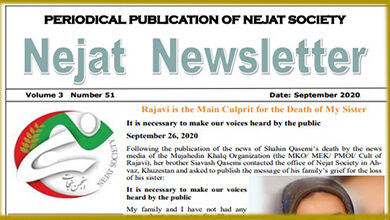